The Speights Club 7's Tournament is back for another year, on this Saturday 2nd November at the Karaka Rugby Club!

Come and get among the action as our Mens Open grade teams go head to head in the fast paced action of rugby 7's.

Kick off will be from 9am, and for more details please contact annette.tossell@steelers.co.nz 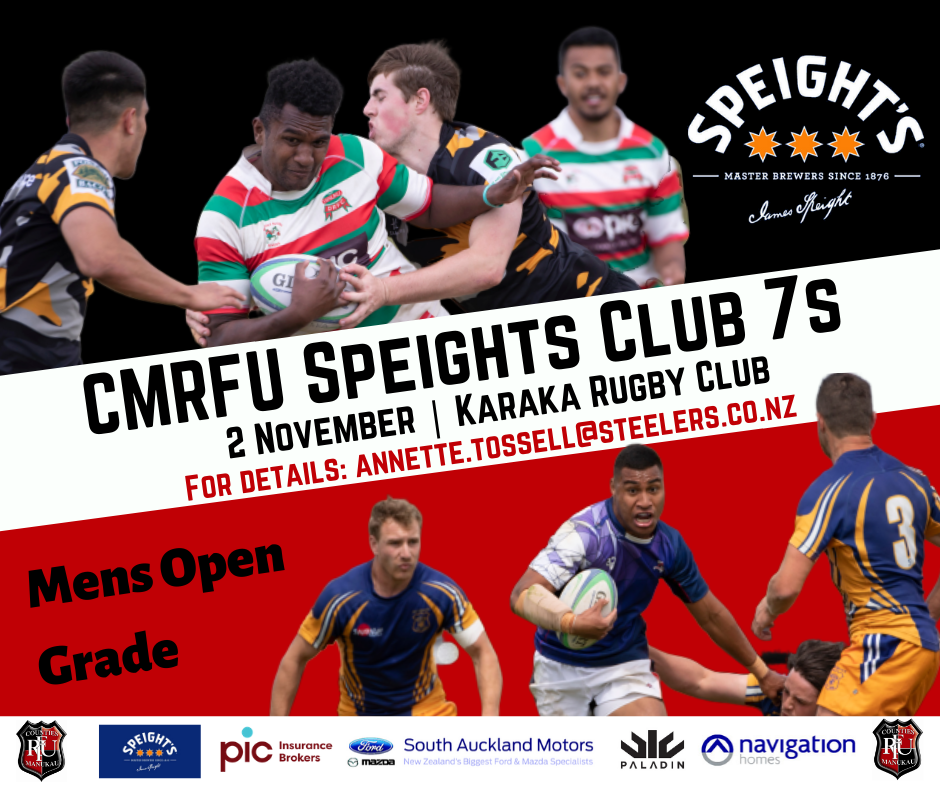