Around the Grounds - February 8 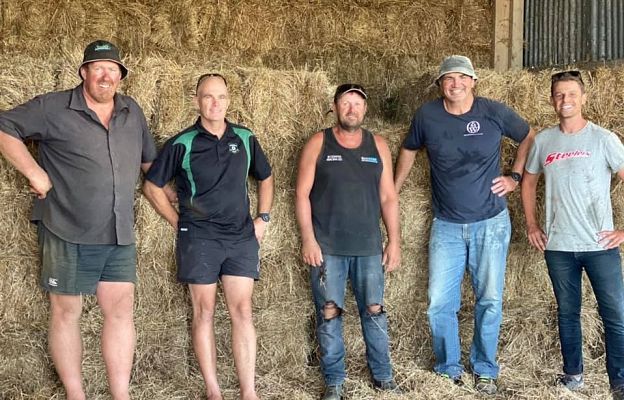 Our insiders go around the grounds to get the latest news, rumours and quirky tales in Counties Manukau Rugby. See what caught the eye this week.

Off-season moves
There have been a number of leading players switch clubs during the off-season with some of the competition’s biggest names turning up to pre-season training wearing different colours.
We won’t go into too much detail until they run out in round one but a couple of locks appear to have found a new home as has a leading midfield back.

Ardmore Marist looking for Women’s coach
Ardmore Marist are currently seeking a head coach for their Premier Women’s team that competes in the Auckland Premier competition.
Expressions of interest can be made by contacting club Rugby Development Officer Hamish Fraser on 0210316665.

Front office staff roll up their sleeves
You can’t say the Counties Manukau Rugby front office isn’t prepared to roll up their sleeves and do the dirty work.
Last week chief executive Aaron Lawton and chairman Craig Carter lent a hand to the Maramarua club as they raised funds by doing hay for local farmers.
Lawton got a dose of rural reality and is still picking bits of hay and prickles from his delicate hands.

All in a day’s work
Speaking of front office staff doing the hard yards – did anyone see Operations boss Dale Tucker out on Navigation Homes number 1 mowing the field recently?
Tucker used a ride-on lawn mower to tidy up the home of the PIC Steelers and Counties Energy Heat.

Promotion interest
One of the talking points to come out of last week’s Council of Delegates meeting was the interest both Te Kauwhata and Drury had about making the step up to play in the Bob Chandler Memorial competition in 2022.
Te Kauwhata won the Sid Marshall Shield last year while Drury won every game they played barring the final.
Both clubs would need kick-offs to be at 2.30pm at the earliest however to commit to the move. Watch this space.

All Black shows up to club muster
Recently appointed Blues captain Dalton Papalii was a surprise attendee at the Patumahoe Rugby Club muster a couple of weeks back.
The All Black loose forward is unlikely to don the blue and gold Patumahoe jersey this year given his professional commitments but it made a big impact seeing one of the best players in the country showing how much he cares about his local club.