Around the Grounds - July 28 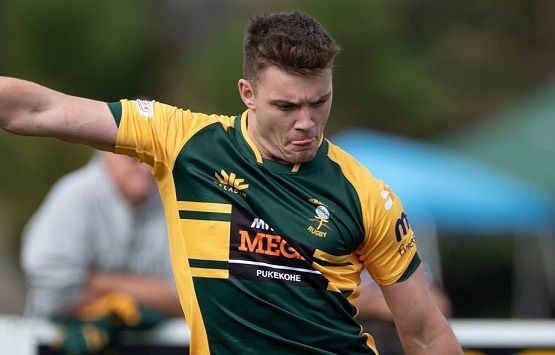 Karaka U85s in round 2 of national comp
The Karaka Razzlers will be Counties Manukau representative in the second round of the NZ Barbarians Cup national U85s competition on Saturday.
The only local club to win their first round match, Karaka travels to New Plymouth where they will play Tukapa Rugby and Sports club.
The game kicks off at 12.30pm at Sanders Park.

Club relay draw live from 4pm today
The popular club relay will make a return this National Provincial Championship season with all clubs able to take part in the contest.
There will be four heats, each seeing four clubs go up against each other at halftime in a PIC Steelers game this season with the winners advancing to the final in the last home game of the season.
The draw to see who contests each heat will be made at 4pm on Thursday, live on the CMRFU Facebook page.

Pukekohe High advances to Chiefs Top 4
Pukekohe High School secured a historic victory over Wesley College 1st XV 15-8 last weekend in what now crowns them as the Counties Manukau 1st XV Boys Chiefs Top 4 Qualifier for 2022. Pukekohe High will now go into a knockout pool of four, playing off against respective victorious qualifiers from either Bay of Plenty, Waikato or Taranaki in September.
CMRFU wishes them all the best for their campaign.

Manurewa v Wesley for Girl’s spot
Manurewa High School and Wesley College go toe to toe next Monday August 4, with the winner of this 1st XV Girls Rugby fixture advancing as the Counties Manukau representative to playoff in the 1st XV Girls Chiefs Barbarians Top 4 playoffs.
Only a conversion set them apart the last time they met, and it promises to be a tight encounter once again. Kick-off is set for 4pm on the Wesley College #1.

Talent identification day a success
120+ Student athletes (boys and girls) across our secondary schools were invited to the Talent Identification Day hosted at Wesley College.
The day, led by Teenage Lead Shaun Atamu, started off with Pathway opportunity presentations by Chad Shepherd and Pete Shaw of the union’s High Performance unit who bought along Counties Manukau Heat players Emily Kitson, Grace Gago, Letitia Vaka and Margaret Manase to speak and support the event.
The students were then put through fitness testing before moving throughout stations around Contact, Decision Making and Modified High Intensity Games. The day provided an opportunity for students to showcase their talent amongst others of similar position and ability and push for spot for further opportunity in the Under 16 Representative Wider-Squads.
Many thanks to our Community resource coaches Claire Hunter, Nikki Bhana, Ben Sa and Dave Faitala and the MIT/AUT interns who supported the Counties Manukau Rugby Community and High Performance Staff on the day.