Around the Grounds - June 17 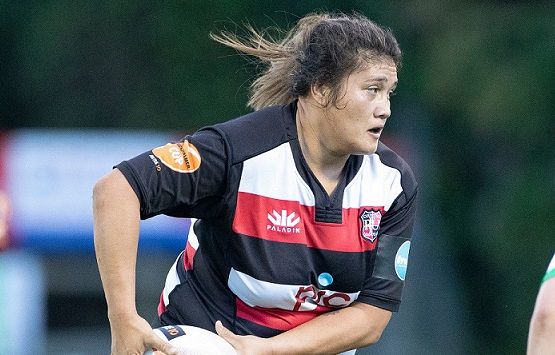 More Heat players starting for Black Ferns
Leilani Perese and Arihiana Marino-Tauhinu will start for the Black Ferns on Saturday when they take on the United States in Whangarei.
It follows Hazel Tubic getting a start in last week’s test against Canada.
Perese makes her comeback to the national side after a number of years away and is reward for the hard work she has put in.

Sevens flies under the radar thanks to Warriors sacking
The announcement around the Oceania Super Sevens, which features leading Pacific nations including the All Blacks and Black Ferns, competing at Navigation Homes Stadium has flown under the radar a little.
On what should have been a quiet day, the Warriors decided to spring the sacking of coach Nathan Brown on unsuspecting sports media and that dominated the airwaves and newspaper columns.
The Matariki weekend tournament features the world’s leading sides in the final chance to work out team selections ahead of the Commonwealth Games.

Steelers contracts ready for local players
Reon Graham’s appointment as head coach of the PIC Steelers last year was a signal by the Union about rewarding local rugby people.
Now we are deep into the club rugby season, Graham is looking to pay it forward and sources tell me the former Patumahoe boss is set to sign a number of well-performing players from the Counties Manukau premier competition in the coming weeks for his PIC Steelers squad.

Milestone for TK player
Te Kauwhata’s Corey Geck will play his 50th game for the club when they host the Karaka Bob Chandler Cup side on Saturday.
Geck has a cult like following with the likes of Josh Baverstock and Daniel Kitson looking up to him.
He is carrying on a proud Geck tradition of playing for the club as well.

Papakura High students feature in promo video
Keep an eye out for a very cool Rugby World Cup 2021 Champions video that showcases some students from Papakura High School.
The promo video is a powerful piece of content helping promote the Women’s World Cup and stars some of our local community.

Prime opportunity for local coaches
Local coaches will get the opportunity to learn from one of the best in the business with Haydon Brill’s Learning Games Coaching Workshop coming to Counties Manukau.
The respected coach will take a session at Puni School on Monday June 27 from 6-7pm.
The workshop is free to attend – more details can be found on the Counties Manukau Rugby website.

Who doesn’t love the new bar leaners?
Those who attended Navigation Homes founder and long-time grassroots rugby man Aaron Hall’s recent 60th birthday party could have been forgiven for thinking they were back in the Phil Kingsley Jones Lounge at Navigation Homes Stadium.
Hall is a massive fan of the new-look bar leaners that now populate the main lounge at the venue he and his company own the naming rights to.
So much so, he asked if he could borrow a handful of them for his recent milestone party. I’m pleased to report they were treated with the utmost respect and are down back on deck at Counties HQ.