Around the Grounds - Week 2 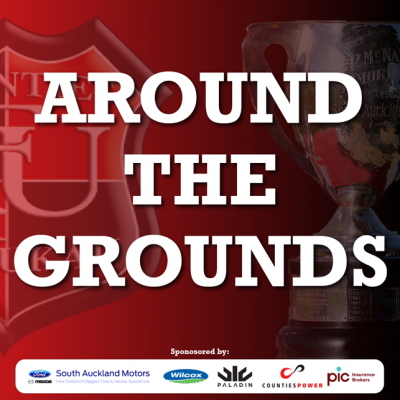 Coronavirus and club rugby
All club rugby has been halted by the Coronavirus with restrictions imposed to limit the spread of the virus. The situation is changing by the day and Counties Manukau Rugby is getting daily updates from New Zealand Rugby.
NZR has postponed all rugby until April 18 at the earliest with ongoing monitoring to occur.
This includes all levels of rugby all over the country.
It is disappointing for all of us and Counties Manukau Rugby will provide regular updates as and when they become available.

Well done to Senior coaches
Counties Manukau staff and the Council of Delegates executive rang around Premier coaches and clubs late yesterday to inform them of the NZR decision to put a stop to all club rugby.
All coaches took the disappointing news in a professional manner and supported the union in following the NZR edict despite the fact they were about to start training with their teams.
The Council of Delegates will now look at the various options of how to re-start the competition once the NZR gives the green light.

Lavea taking notice at club games
Counties Manukau Steelers coach Tai Lavea was a keen spectator at the Patumahoe v Onewhero clash in week one and was seen chatting to some leading players one-on-one after the match.
His visit backed up an appearance at Patumahoe training during the week and was a big talking point among supporters at Patumahoe Domain.
He wasn’t the only union representative at club games across the weekend – a big initiative from new GM Aaron Lawton is that staff are out and about club games every week.

Compromising photos emerge
Which well-known local club rugby personality celebrated his birthday last Saturday but had some relatives post some less-than-flattering photos of the birthday boy on Facebook?
They were all good-natured fun but he’s been getting a ribbing from mates ever since.
I’ll give you a clue – his team helped him celebrate by getting a win.

Teams banged up after week one
A couple of McNamara Cup teams will relish the chance to get a break this week after a brutal start to the season.
Manurewa and Papakura played out an extremely physical encounter in their clash last weekend at Mountfort Park and will be nursing some sore bodies this week.
Papakura were set to travel to Pukekohe this week while Manurewa would have been back home facing Patumahoe in the Counties Power Game of the Week. Instead they both get at least a month to recover.

Weymouth celebrate 50th Jubilee
The Weymouth Rugby Club will celebrate their 50th season of existence this season.
The club, famous for producing the late great Jonah Lomu among others, will field a team in the Premier 2 competition this season and are continuing to build each year as they attempt to work their way back to Premier 1.
Captain Jack Tuala is set to bring up his 200th cap this season.

Cleaning up after themselves
Waiuku will get plenty of kudos for their first up win over defending champions Bombay last week but they also deserve praise for going the extra mile in cleaning up their dressing room afterwards.
I’ve seen photographic evidence that they left the room much cleaner than how they found it upon arrival.

Step up for Premier 3 club
Which current Premier 3 side is making noises about stepping up to Premier 2 in 2021?
There is plenty of talk about the structure of club rugby changing to see potentially eight teams in Premier 1 and Premier 2 with promotion and relegation.
The club in question has had time in Premier 1 in years gone by and would love to work their way back there in the coming seasons.

Drury youngster in pre-season training
Drury juniors have done pre-season training for the first time in many seasons. The first session was last Wednesday where they created a large obstacle course around the field and followed that up with some skills drills.
Hopefully Junior Rugby will be able to start up again once the NZR-imposed Covid-19 break is up.