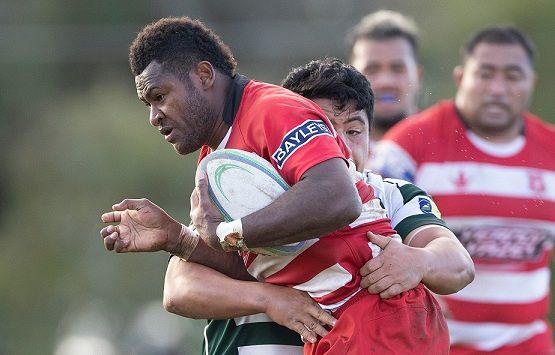 The two stand out players from last year’s McNamara Cup have been rewarded with PIC Steelers contracts for the 2022 NPC with winger Benji Malimali and lock forward Steven Leavasa inking deals.

The pair enjoyed a terrific 2021 season with their respective clubs – Malimali helping Karaka get a break-through McNamara Cup win while Leavasa helped Manurewa to the semi-finals.

A try-scoring machine, with size and pace out wide, Malimali lit the competition up last season and won the Club Player of the Year at the Counites Manukau Rugby AGM earlier this year.

Leavasa was tireless worker with the ball and was voted by the McNamara Cup coaches as the competition’s biggest hitter, often providing Manurewa with some toughness and controlled aggression.

PIC Steelers coach Reon Graham was only too happy to reward the pair for their outstanding club form.

“Both Benji and Steven have been absolutely outstanding at club level over the past couple of seasons and I have no doubt that will translate positively to the NPC,” Graham said.

“I love the finishing ability Benji has but he can also create something out of nothing and that is so important in the modern game.

“Steven brings a real hard edge. He carries strongly, has a high work rate and hits hard in defense.

“I congratulate them both on earning this opportunity.”

The Bunnings Warehouse NPC begins in early August and season memberships can be purchased online at https://steelers.flicket.co.nz/.