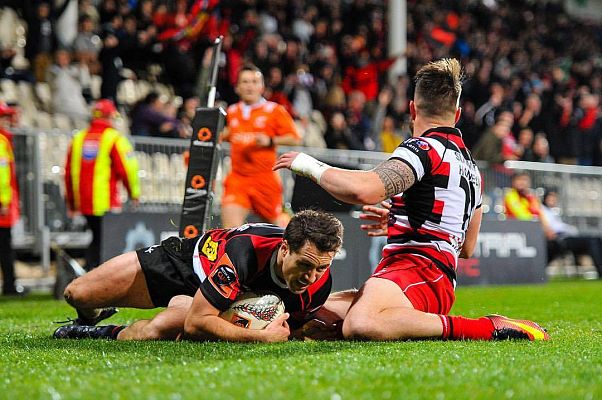 Sadly the Ranfurly Shield will not be heading to ECOLight Stadium after Counties-Manukau experienced a tough night in Christchurch, losing 78-5 to Canterbury.

The Steeelrs were by no means short of endeavour or application but the accuracy of the Canterbury pack and their ability to recycle quick ball for their backs proved to be the difference on the night.

Canterbury halfback, Mitchell Drummond, had an especially good first half and by the end of the opening stanza he’s bagged four tries through a combination of good support play and deft interplay with his forwards.

Canterbury had six tries by halftime and led 43-0 at the break.

Second-five Tim Bateman scored not long after the restart before Steelers wing, Nigel Ah Wong crossed for the visitors after the visitors made the most of some valuable possession and territory.

Sadly that was all the scoring for the Steelers as Canterbury reasserted their dominance of the match. Second-five, Time Bateman, completed his hat-trick and tries to wingers Posa Waqanibau and Josh Mckay also followed.

The Steelers attention now turns to their encounter with Hawkes Bay at Ecolight Stadium this Sunday.