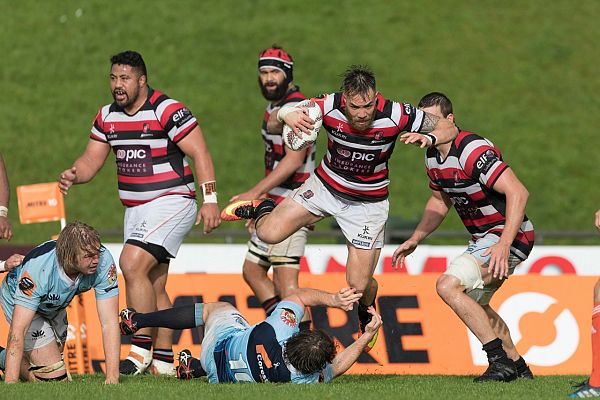 The Counties Manukau PIC Steelers are determined to finish their season on a high note when they take on Tasman at ECOLight Stadium on Saturday at 7.35pm.

The PIC Steelers have finished one spot below Tasman on the Premiership table with the South Island side clinching the final spot for the semi-finals with one round remaining.

The Steelers want to prove that they are capable of matching the top four sides in the competition with a powerful performance on Saturday.

“At times we have been excellent this season but we’ve been on the wrong side of some key moments which is all that stands between us and a spot in the semi-finals,” said PIC Steelers coach Darryl Suasua.

“One thing I cannot criticise is the attitude of the players, who have stayed in the fight all the way.

“I know the players are disappointed not to be playing on into the playoffs, but that makes them doubly determined to finish really well with a strong performance on Saturday.”

They will do so without co-captain Augustine Pulu who is serving a suspension following his red card in the last game, while Pauliasi Manu is side-lined with injury.

That allows Liam Daniela to receive his first start at halfback while Sean Bagshaw takes Manu’s place in the front row with Sesimani Tupou coming on to the bench in what would be his debut for the PIC Steelers.”

The curtain raiser is the Counties Manukau Under-18 Club of Origin Final with Waiuku taking on Karaka,  kick-off at 5.05pm.

Kids 13 and under will be FREE on the South Auckland Motors embankment thanks to Pak n Save Pukekohe. Match day Grandstand tickets are $20 for adult Grandstand, $15 for Students with ID and $10 for kids.  South Auckland Motors embankment tickets are $10 for adult and $7 for students with ID.  Individual tickets to the match are available from CMRFU office, the gate on game day or www.iticket.co.nz.