Counties Manukau U19 side named to defend the Micheal Jones memorial trophy. 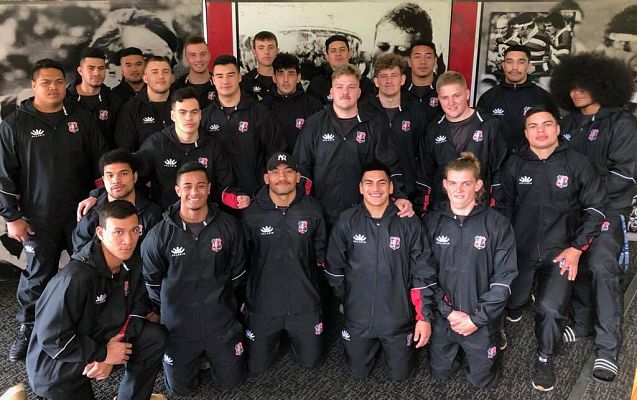 The Counties Manukau U19’s proudly sponsored and supported by REMAX Revolution Don Ha Project head to Taupo this week to compete in the Jock Hobbs Memorial National U19 Tournament.

The team comes in to the tournament as current Michael Jones Trophy holders. The side has lifted the trophy three times in as many years and looks to keep the trend alive as they make the trek to Taupo this weekend.

This tournament is the breeding ground of future stars and this statement can be made true by the number of players who have risen through the U19 ranks to now play for the PIC Steelers in the Mitre10 Cup. Suetena Asomua, Sam Furniss, Orbyn Leger, Siaosi Nginingini, Viliami Taulani, Jonathan Taumateine and Coree Te Whata-Colley are all players in the current PIC Steelers squad who have played for the U19’s in previous seasons.

An important cog in those teams has been manager Glen Flavell who manages the team again this year ‘This years team is full of potential. We are going down with similar results in our seeding games to previous years. The environment at the tournament brings out the best in the players, we have a solid culture with an excellent coaching team. Its been a long campaign, our first meeting was in February and it would be great if the commitment they’ve shown to date can be reflective in the results next week’ Glen said when asked about how the team was tracking ahead of the tournament in Taupo.

Their opening game on Sunday the 9th of September against Manawatu at Owen Delaney Park.

We wish this years team all the very best and whatever the results look forward to seeing how these players shape up in the future.

The Tournament team is :