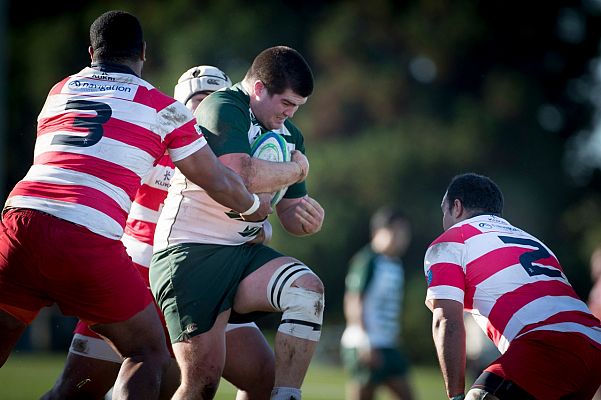 The knock-out footy starts a couple of weeks early for two clubs this week as Karaka and Bombay look to keep their seasons alive.

Fifth-placed Karaka hosts third-placed Manurewa Kidd Contracting in a Counties Power Game of the Week that will have major implications on the semifinal make-up.

The home side has to win their last two games to leapfrog Bombay on the table and qualify for the semifinals.

“It is must win for us,” Karaka coach Scott Penney said. “We have taken that approach – a must-win, sudden death type mentality into our last four or five games.

“We just need to put our best performance in and hopefully the result takes care of itself.”

Manurewa will be playing for a home semifinal as they battle Patumahoe Troydon Patumahoe Hotel for the right to host a first round knock-out game.

Penney knows his opposition will be just as desperate this weekend.

“They are a good side; a big one,” he added. “We know that you can have some success if you can turn them around and get in behind them a bit so that is something we will have a look at.

“It is a huge day for the club with five teams playing at home so hopefully we get a big turnout to support our teams.”

On top of that the Counties Power Cup will be up for grabs.

“This week is going to be big for both clubs,” Manurewa coach Jeremy Clark said. “Karaka are fighting for their season and to keep their playoff hopes alive while we are fighting to get as many points as possible to try and secure a home semifinal.”

Clark is wary of what Karaka might throw at his side given their strong form of late.

“We are preparing for a war on Saturday,” he said.

“They beat Ardmore Marist last week and are one of only two sides to have done that all season. By all accounts that took it to them in the middle of the park and stopped Ardmore from being able to throw the ball out wide.

“Our tight five need to be up for that challenge this week.”

Bombay tackles Pukekohe and will need to beat their local rivals if they are to keep the pressure on Karaka.

“We just have to keep doing our own thing and control our own destiny,” Bombay coach Jeff Marr said. “We need to get a win against Puke this weekend to keep it going.”

Patumahoe could lock up a home semifinal if they beat Waiuku Brian James Contracting and Manurewa lost to Karaka.

Reon Graham’s side plays leading club Ardmore Marist in the final round so a win over Waiuku is crucial.

Onewhero Silver Fern Marquees hosts Ardmore Marist to complete the action in the penultimate weekend of round robin action.