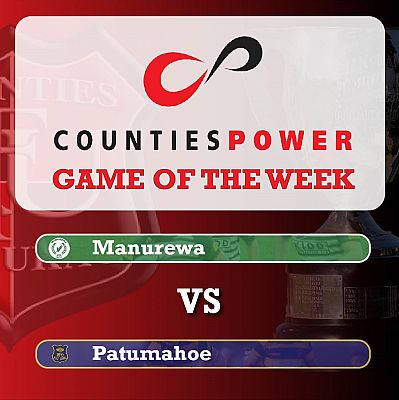 Manurewa Kidd Contracting and Patumahoe Troydon Patumahoe Hotel go to battle in this weekend’s Counties Power Game of the Week at Mountfort Park on Saturday.

The two first-up winners have endured a tightly fought rivalry in recent seasons including Patumahoe’s last gasp, injury-time win in the 2018 semi-finals.

The home side, who have played semi-final football the past two seasons, picked up an opening week win over Papakura but were forced to work hard for it. Having jumped out to a comfortable first half lead, Papakura roared back to make a game of it in the second half.

Jeremy Clark’s side held on to secure the win but have been nursing some bruised bodies this week after a torrid affair against their near neighbours.

“It is a case of getting the body right through the week and making sure we are ticking the boxes,” Clark said.

“Patumahoe had a good first-up victory against Onewhero and we know they are always there or thereabouts.

“I don’t think much will change there – it will be a good forward battle and we have to make sure we get things right on the day.

“Being at home, the boys seem to lift for the occasion, but I think it will be a typical Rewa v Patty game which will be a tough one.”

Patumahoe weren’t at their best in their season-opening win over Onewhero Summit Homes but they did enough to secure maximum points.

New coach Siua Pole was pleased with his side’s defense and will be hoping to maintain that against a side capable of scoring points.

“We were really good defensively and that is pleasing,” Pole said. “The attack will come the more we play together.

“Our young guys really stepped up and that was also great to see.

“Manurewa will be a tough test as they always are, and we are looking forward to it.”

Karaka travel to Rugby Park to face a Waiuku side that stunned defending champions Bombay in week one.

Bombay has the bye.