Counties Power Game of the Week - Onewhero Vs Waiuku 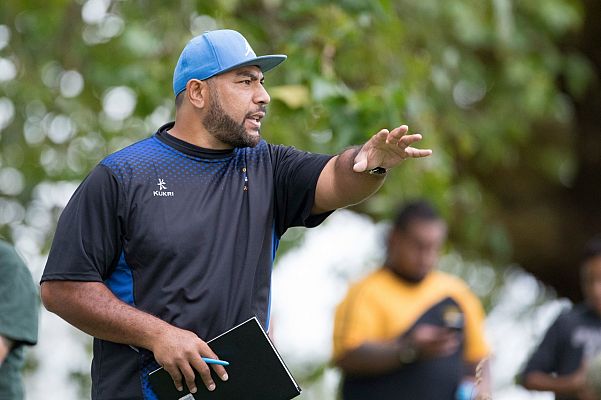 The home side is seventh on the ladder and 12 points out of a playoff spot; basically drinking at Last Chance Saloon and needing to obtain maximum points if they are to have any hope a sneaking into the playoffs.

Waiuku on the other hand are eighth in the standings and are really playing to avoid winning the wooden spoon this season. They sit just two points clear of Papakura with one game between the two clubs scheduled for later in the season.

While their relative positions on the ladder might not look great at a glance both sides have proven to be more than competitive in 2018. Both teams have shown an ability to mix it with the top sides and both have their fair share of hard luck stories that have robbed them of additional competition points.

“Every game is crucial from now on and this game is going to be a big one for us,” Onewhero coach Lesley Vainikolo said.

“We are still keeping our eyes on the table.”

Former Kiwis league international Vainikolo feels his side hasn’t been far off in many games this year but they just haven’t had enough to bank points.

“We just need to cut out our mistakes and concentrate more on our own game to get the little things right,” he said.

“The games we have just lost or should have won I have a funny feeling will come back and bite us on the butt.

“Every game is hard and everyone is fighting for their spot.”

Onewhero has struggled for numbers a touch this season and that has meant that players are spreading themselves more thinly than Vainikolo would like.

“Our lack of depth is starting to take its toll. Half the team are playing development and then backing up with a full game for prems.”

Waiuku have given up on making the playoffs but are focused on continuing to improve their play in what is a planned rebuilding year under new coach Jeremy Wara.

“Every game from now on is an opportunity for us to achieve some performance outcomes,” Wara said.

“We’re utilizing these games to bring in new patterns of play to extend our toolbox.”

Wara insists his side remains highly motivated particularly as they achieve small goals. Saturday’s game against a club in a similar spot and with a storied rivalry is one his side will be up for.

“This is a battle we want to win. We are two clubs in a similar position and we are rural and located so far from the main centres to there is always going to be that competitive element to an ‘Uku v Whero clash.

“Our recent scores may not show it but the teams are building nicely out here and hopefully we can sustain the good stuff for the future. Buck Manning and the 1st XV are doing some good stuff at the College so the next three years are looking promising for the club.”

Fourth-placed Bombay hosts third-placed Patumahoe Troydon Patumahoe Hotel in a mouth-watering contest while a desperate Pukekohe Mitre 10 Mega will look to get back to winning ways against high-flying Manurewa Kidd Contracting at Colin Lawrie Fields. The round is completed with top-of-the-table Ardmore Marist South Auckland Motors traveling to Massey Park where they will face Papakura Ray White.