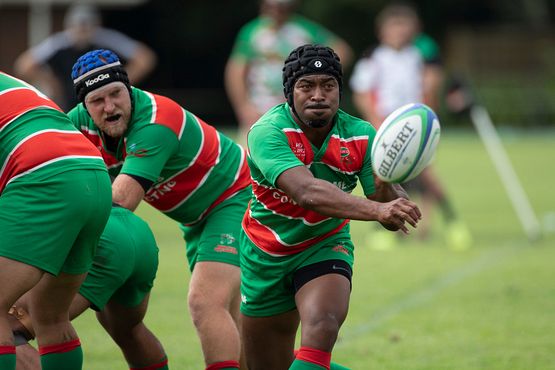 Papakura Ray White host Waiuku Brian James Contracting this week in the Counties Power Game of the Week in a clash between two sides desperate to get their seasons back on track.

Papakura are winless so far after being tipped as the big improvers by most rivals this year. They got out of the blocks slowly with a couple of one-sided losses to top teams but have been more competitive over the past few weeks.

They led Onewhero Silver Fern Marquees approaching fulltime last week only to lose the match in the dying stages.

“They are disappointed with last week,” co-coach Shaun Clotworthy said of his side. “We only have ourselves to blame – we didn’t really take our opportunities like we should have.

“We have had a few personnel that have gone, a few injuries and run into a couple of good sides in Bombay and Ardmore so we just haven’t hit the ground running this year.”

Saturday’s game could be described as the dance of the desperate in regards to their respective positions on the competition ladder but both sides also know they are capable of better results than what they have demonstrated so far in 2019.

Clotworthy expects Waiuku to be extremely focused on getting a win as his side will be.

“They will be tough – they are in a similar position to us. They will be targeting this game as a to try and get them a bit of momentum.

“It will be two pretty evenly-matched sides by the looks of things.

“You look at games you can win realistically and hopefully on form and results that have come through we would think this was a game we should have a chance in.”

Waiuku started the season with a hiss and a roar to take the Counties Power Cup off Karaka in a boil over upset win. But they relinquished the silverware a week later and have not managed to secure a win since.

Coach Lawrence Lawrence is battling injury at the moment with nearly half his starting line-up unavailable.

“We are not where we want to be but in saying that after the first week we knew we had a big four weeks in front of us,” Lawrence said. “The biggest disappointment is how many points we have leaked.

“We still have a lot of personnel out and are testing combinations.

“We have a good seven or eight premier players out and they will make a huge difference – not only in what they offer but just experience as well.”

Lawrence expects Papakura to bring an open and attacking style of play to the table and he hopes his side can shut that down and earn a much-needed win..

“It is big for both teams – it will be hopefully be a bit of confidence for us and show ourselves that we are capable but also it will keep us in touch with those top sides.

“We just need to stay in touch for the second round.

“They have definitely been improving – they had a good game last week and were unlucky not to get up there. They like to play a running game so we will be looking to improve our defence in that area.”