Counties Power Game of the Week - Patumahoe Vs Karaka 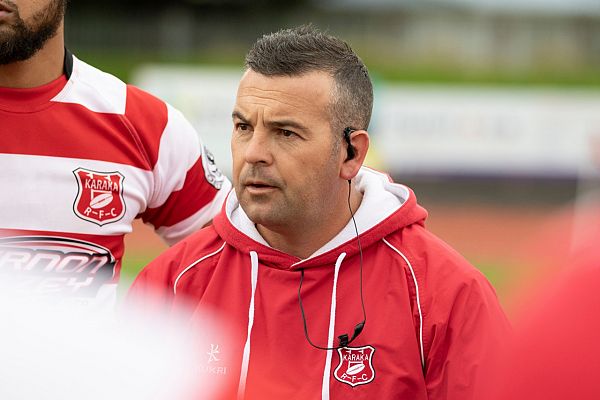 Karaka travels to Patumahoe Troydon Patumahoe Hotel on Saturday for the Counties Power Game of the Week with a semifinal spot up for grabs.

The winner of the match will go a long way to securing a spot in the final four with the home side seeking a home semifinal to boot.

A congested table from positions two-six means every result will have a telling impact on who makes the knockout games at the end of the season and who might miss out.

Karaka have come out the other side of a quiet patch to start the second round and have recorded back-to-back wins in the past fortnight to grab a share of fourth place.

“It will be a really big game for both teams because it makes life a lot easier if you win this one,” Karaka coach Scott Penney said. “The loser will need to rely on other results to make the semifinals so it makes this game important.

“All games from here on in are important but it would ease some pressure if we win this.”

Karaka beat Patumahoe in the first round at the Karaka Sports Complex but Penney thinks teams have changed the way they play this far into the season.

He said the focus will be for his side to concentrate on getting their game going the way they want.

“We are nowhere near in a position to be worrying about what opposition teams are going to do,” he said. “We are just focusing on doing our own things right and getting the best out of our own game.

“Patumahoe are a good side but we will just concentrate on trying to do our own thing and hopefully show them what we are about.”

Patumahoe had their own rough patch a few weeks ago but have re-found their early season form of late and have strung some impressive wins together.

“It does feel like we are building,” coach Reon Graham said.

“I know it is a cliché but we really are just taking each game at a time. That way you don’t get ahead of yourself.

“It would be nice to book a semifinal spot or get a home semi but we just need to focus on the game this Saturday.

“Karaka beat us pretty convincingly in the first round so we want to make amends for that.”

Third-placed Manurewa Kidd Contracting hosts Onewhero Silver Fern Marquees at Mountfort Park while fourth-equal Bombay travels to Massey Park to meet Papakura Ray White. The four-time defending McNamara Cup champions have a final round bye so need to win their last three matches to have a chance at defending their title. Pukekohe Mitre 10 Mega will hope to keep their semifinal aspirations alive when they travel to Rugby Park to tackle Waiuku Brian James Contracting.