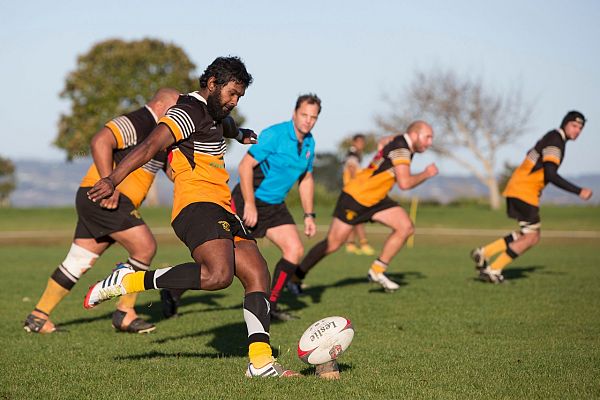 Finals day isn’t for a few weeks yet but for Te Kauwhata EnviroWaste and Papakura Ray White it comes early with this week’s Counties Power Game of the Week.

The two sides find themselves at the foot of the ladder but every other coach in the Counties Manukau region has spoken about the tough challenge it has been to beat both outfits this year.

While the results haven’t come, improvements certainly have been made in large strides and rival teams expect these two clubs to be seriously competitive next season.

Te Kauwhata won the corresponding fixture in the first round and they expect the battle to identical on Saturday at Massey Park in Papakura.

“It is just going to be a game about who can dominate up front, who can win the set piece and who takes their chances.

“It will be interesting to see how far we have come or how far they have come since the first round.”

Papakura are win-less so far this season but have identified this clash as their most likely chance to snare a win.

Coach Gavin Giles is pushing his players to dig deep this week if they want to come away with victory.

“We just know with Te Kauwhata, regardless of where you play them, they will play for 80 minutes,” he said.

“They don’t give up. They are scoring points even though they are getting beaten so we know they have the attacking capability.

“We have to be at the top of our game if we want to beat them and we know it will be an 8 minute slog.

“We want to finish the season strongly and that was against everyone. It is also a chance for guys to push their own case for rep selection.”

Hickey is pleased with the development his side has made this year even if the standings don’t necessarily show it.

“Different periods of every game we have been competitive but it is just where we have to get to. We are probably missing out in the crucial periods of games,” he said.

“We’ve been carrying quite a few injuries and carrying a minimal squad. Our three locks have been out for the whole season so we have been playing loose forwards as locks.

“Our guys have come a long way and are playing some good football.”

Giles can see the improvement in his side as well but has been disappointed with how long the rebuild has taken and with odd lapse which has seen scores blow out at times.

“I think individually we are making strides and this year the guys have been more open to learning more technical stuff but it is still tough going,” the former Steelers lock said.

“I appreciate everyone’s comments about us getting better but I want to see improvements quicker.

“There have definitely been some blow out scores that we could have worked harder against.”