Courageous fightback from the PIC Steelers against Waikato 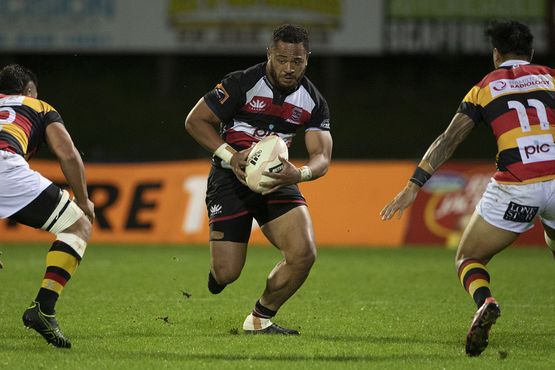 A brave fightback in the final 15 minutes brought the PIC Counties Manukau Steelers back into the Mitre-10 Cup clash but they were edged 31-26 to neighbours Waikato at Navigation Homes Stadium in Pukekohe.

Waikato led 31-7 with 20 minutes remaining before the Steelers found their mojo with two late tries before time ran out as they mounted another attack. The home side did manage two bonus points for their four tries and loss by less than seven points.

Coach Darry Suasua was disappointed with the lack of physicality in the middle 40 minutes of the game, and that his side did not make better use of the considerable possession that they earned.

While the Steelers made most of the early play, they could not take advantage, either through mistakes and the aggressive play at the breakdown from Waikato who won a number of turnovers.

No better example than the first try from a turnover with the Steelers deep on attack, a long kick found a favourable bounce, seemingly off a Waikato hand on to the corner flag and into play for a try to the visitors against the run of play.

The Steelers bounced back with a try under the posts to Kali Hala after a strong break by Cardiff Vaega and the outstanding Andrew Kellaway.

While the Steelers had a supply of possession, handling mistakes, lost lineouts and the aggressive Waikato work at the breakdown resulted in territory dominance from the visitors. With that came holes out side that resulted in two further tries to give Waikato the 21-7 lead at the break.

While there was a more physical start to the second half by the Steelers, Waikato loosie Hamilton Burr had plenty of room to score by the posts to lengthen the lead.

The Steelers welcomed by Viliame Rarasea, fresh from his win for Kobe in the Japan final, who snared a key lineout and the famed Counties Manukau 12-man maul led to a try to the skipper Sam Henwood.

That sparked a strong final 20 minutes for the Steelers including another powerful forward drive presented Donald Maka with a try but time ran out before they could push for the victory.

The next home game is against Tasman on Friday 6 September at 7:45pm.