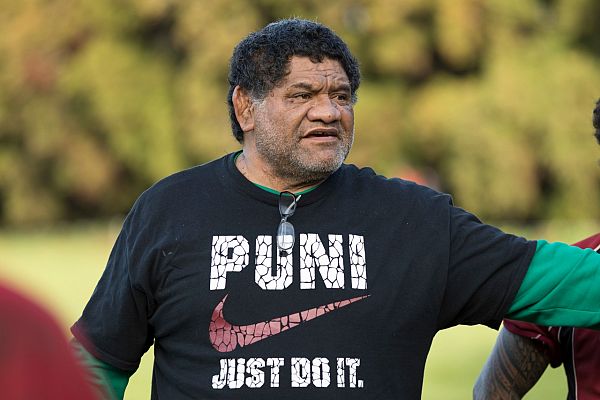 Puni Rugby Club has a pulse.

That’s what club stalwart Jack Kani instructed Paul Paranihi, now the President, to tell the meeting of the Counties Manukau union’s club delegates in 2014, just months after Puni withdrew from senior competition due to lack of numbers.

Four years on, and that pulse is gradually getting stronger, with the club about to blow out 75 candles on its birthday cake.

The weekend of November 23-24 will see tales told, some of them true, and plenty of old-timers reconnecting to a club they hold dear to the heart. The Friday night will see a dinner, at which 75 years of Puni rugby memories will come flooding black.

From 10am on the Saturday will be matches at the club, from junior and Rippa to the centrepiece Puni XV versus a Tipene (St Stephen’s) Old Boys festival match.

“We’ve kept it low-key. It’s not about bashing each other up. It’s about celebrating the club and this milestone,” says Kani.

Kani himself, now 60, and Paranihi, 61, will strap on the boots, as they did during the 2018 season, as will a clutch of other Counties Manukau and Puni rugby men.

Former Counties Manukau lock/flanker Anthony Jakeman is suiting up, as is the union chairman Craig Carter, a passionate Patumahoe man who even strapped on the boots in 2017 to help the numbers at struggling Maramarua. Steelers assistant coach/centurion and Waiuku club double centurion Grant Henson will be there, former Steelers halfback Kevin Farrell, the union’s RDO Jeremy Wara, plus a few ring-ins from Karaka and Papakura. Staunch Puni man Paul Fowler is keen. Well-known rugby physio Kevin McQuoid is also a starter, his father having been manager of Puni teams back in the day.

The Tipene team may be something of an unknown quantity, though it is hoped former Steelers prop Lee Lidgard will front.

There will likely be a haka, as there was when St Stephen’s famously beat Puni in the late 1970s. Kani played in that game.

“They brought their team up to play us before they went on tour. We rolled out there and hit them as hard as we could. That didn’t work. On-field justice didn’t work. We thought ‘These guys are too fast and too fit’, so we just enjoyed the day and did well at the after-match. A lot of good Counties players came out of that college,” he recalls.

The Puni XV will run out in the old blue colours, which changed to the current maroon in the mid-1950s.

Puni has always been a whanau-based, local community club. It does not have big numbers playing the game – in 2018 there were the Premier 3s, plus Rippa and Under 9s.

“We’re grateful and humble for the support we get from sponsors and the local community. We got on with the game and keeping our club alive,” says Kani.

He had to doublecheck with those in the know that Puni RFC was in fact established in 1943, smack-bang in the midst of World War II.

“You can always leave the area but the club is always inside you. I’m sure they are proud we are keeping the flame going,” says Kani.

Of that there is no doubt, Jack.