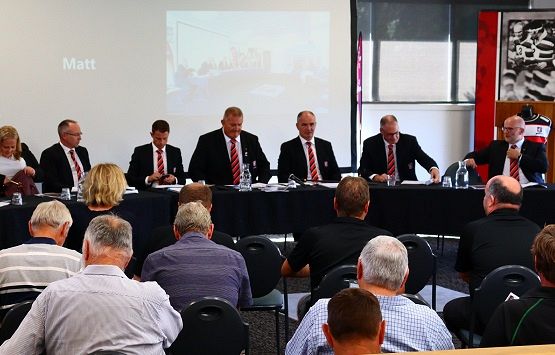 Former player and coach Gary Millington has been elected as the new chairman of Counties Manukau Rugby after the Union’s AGM on Sunday.

Millington takes over the reins from Craig Carter, who has held the position for the past five years.

Carter remains on the board while Kevin Wilcox was reappointed, and Arizona Leger appointed for the first time.

Sue Styants and Rod Robinson did not seek to take on another term.

“It is certainly an honour and a privilege to be appointed as chairman of the board and it is exciting times with the strategic plan that we have got in place,” Millington said.

“We just have to implement that over the next five years.”

Millington paid tribute to the enormous amount of work and successful times the Union has had under Carter’s stewardship.

“I think he has been on the board since 2009. It is a huge contribution for any person to make for the board,” Millington said.

“I know he has helped me along the way and other board members as well.

“He is staying on for another year just for that transition period.”

Aside from his huge passion for the province, Millington said there are three key areas he wants to focus on during his time as chairman.

Long-serving referee Gary Martin was made a life member of the Union after a unanimous vote by members while patron Don Shuker, president Jim Coe and vice president Lee Lidgard were all re-elected.

Major Union awards were handed out for the 2021 season. Patumahoe won the John Nicholson Trophy for club of the year award while Patumahoe’s Paul Batters claimed the Volunteer of the Year award.

Karaka’s Benji Malimali was named the AS Wilcox Premier Club Player of the Year while long-serving Onewhero stalwart Tim Foote was presented with the George Bell Memorial Trophy for long service award.

Lauren Jenner was named Referee of the Year.