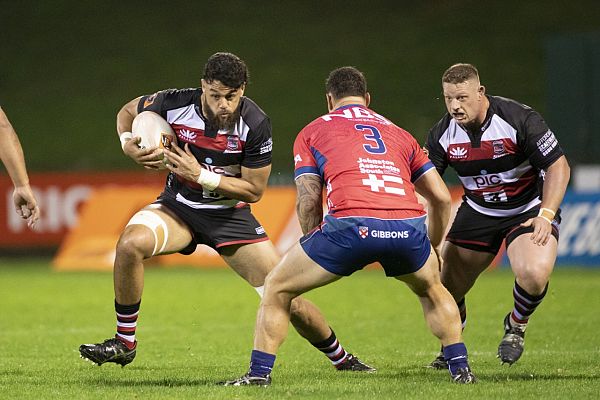 The PIC Counties Manukau Steelers are determined to convert some strong performances into maximum points when they take on unbeaten competition leaders the Tasman Mako at Navigation Homes Stadium in Pukekohe on Friday night.

They have endured three close losses where they have accrued six bonus points and while they have just one win to their credit, they lie just one point off a semifinal spot.

The Steelers have shown real grit in their defence and some attacking flair but they have not been on the right side of good fortune.

“The boys are doing a lot of things well. In the last couple of games our defence has improved significantly which is pleasing. Our set play continues to be solid and we have taken our chances when we have got the ball wide,” said head coach Darryl Suasua.

“We will need to lift to our very best on Friday night. It is a great challenge to take on Tasman. They are a big side who will take advantage unless we get a strong platform, and we do the simple things well.

“We have a history of rising to big challenges and this is definitely one of those games.”

Orbyn Leger impressed in his first game back from serious injury and holds his place in the midfield, while Sam Slade returns to the pack. Dan Hyatt makes his first start at No 8 with Mickey Woolliams and Sean Bagshaw in the tight five.

That presents a strong looking set of replacements with the likes of Conan O’Donnell, Viliame Rarasea, Sikeli Nabou and Malgene Ilaua to add energy off the bench.

Meanwhile while Ardmore Marist halfback Jonathan Taumateine, who has been outstanding this season to date coming back from serious injury, will earn his blazer for his 15th cap for the Steelers.

It is a double-header evening with the first game being the Farah Palmer Cup clash between hosts  Counties Manukau Heat and Manawatu which kicks off at 5.15pm at Navigation Homes Stadium, Pukekohe with the Steelers against Tasman at 7.45pm.