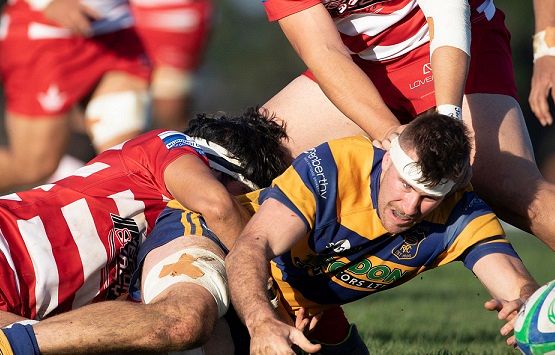 Defending champions Karaka host unbeaten Patumahoe in a thrilling McNamara Cup match on Saturday that could quite likely determine top spot and an all-important home semi-final.

Third placed Karaka need to beat their neighbours to keep pace with second-placed Manurewa while they need to win to have any realistic shot at over-hauling Brad Healy’s side at the top of the table in the Counties Energy Game of the Week at Karaka Sports Complex.

Little separates the three leading sides and all three are almost guaranteed to be in the McNamara Cup semi-finals in a few weeks.

But home advantage could well be decisive and both teams will want to play knock-out footy on their home soil.

Manurewa meanwhile have a tough task of heading up the hill to Bombay, who have hit a good run of form of late and have propelled themselves into fourth spot.

A draw against Karaka last week has Sam Aiono’s side full of confidence and it will be a tricky assignment for a Manurewa side that has tasted defeat only once this season – and that was on the buzzer.

Pukekohe need to go to Bruce Pulman Park and secure a win against Ardmore Marist to stay in what has become a head-to-head battle with Bombay for the last semi-final berth.

Weymouth and Papakura will be seeking much-needed wins when they do battle at Laurie Gibbons Reserve in Weymouth. Both sides are out of the playoff hunt but will be determined to secure a win in such a tough competition.

Two of the in-form Sid Marshall Shield sides square off at Rugby Park in Waiuku when the home side hosts Puni. Both teams look set to play in the semi-finals but a win over a fellow heavyweight will go a long way to securing that spot.

Te Kauwhata hosts the Karaka Bob Chandler side while Te Kohanga heads to Maramarua in an all-Sid Marshall Shield contest.

Pukekohe’s Bob Chandler side is at home to Tuakau.

Karaka heads to Massey Park to play Papakura in the Massey Cup U21 grade while Manurewa travels to Colin Lawrie Fields to play Pukekohe.

Waiuku hosts Karaka in one U85kg semi-final at Rugby Park while Patumahoe heads up the hill to Onewhero for the second week running, hoping for better fortune against the home side that is very tough to beat there.