Semi-final spot on the line as Pukekohe host Bombay 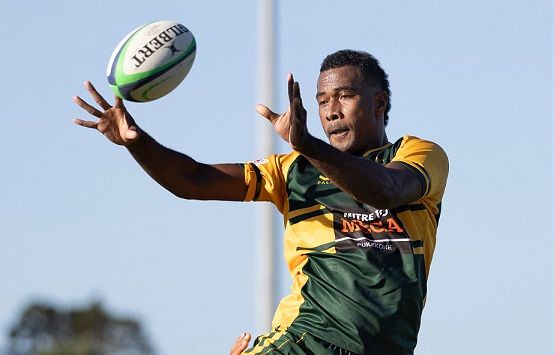 Pukekohe hosts Bombay in what is a winner-takes-all final round McNamara Cup clash at Colin Lawrie Fields in Pukekohe.

The two rivals will square off in a head-to-head battle that will see the winner advance to play Patumahoe in the semi-finals next week and the loser eliminated.

Both sides come into the game in form – the visitors have won three times and picked up a draw against the defending champions over their past five games. Sam Aiono’s side appears to be hitting their straps at the business end of the season.

Pukekohe meanwhile have won three of their last five games as well – losing only to unbeaten Patumahoe and defending champions Karaka during that span.

“We know this game is do or die for both sides, but we will be ready for it,” Pukekohe coach Michael Porter said.

“We know Bombay are a big physical team so we will need to front up to get the job done.”

Manurewa will secure a home semi-final if they beat winless Weymouth in their clash at Mountfort Park.

If Jeremy Clark’s side get the job done this week they would host Karaka at Mountfort Park next weekend in the semi-finals.

Karaka will host that fixture if they were to beat Ardmore Marist at Bruce Pulman Park on Saturday and Manurewa slips up to Weymouth.

In all likelihood Craig Hill’s men will be returning to Mountfort Park next week where they look to beat the home side for the second time in a fortnight.

Patumahoe will look to complete an unbeaten round robin when they meet Papakura at Patumahoe Domain.

Brad Healy’s side has already secured top spot heading into the semi-finals and will host the winner of the Pukekohe v Bombay game next weekend.

Puni travels to Tuakau for an all-Sid Marshall Shield match up in the Counties Energy Game of the Week.

Puni have been very impressive so far this season and look set to play semi-final football.

One game that will draw plenty of attention is the replay of last season’s Sid Marshall Shield decider with Drury hosting Te Kauwhata at Drury.

Second placed Patumahoe hosts top ranked Karaka in Massey Cup U21 action at Patumahoe Domain. Papakura travels to Mountfort Park to face neighbours Manurewa in the other match of the round.