Test for Karaka as they begin title defence 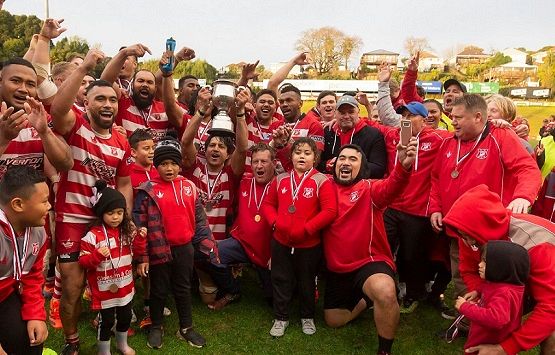 Karaka will begin their defence of the McNamara Cup with a challenging away trip first up against Papakura at Massey Park on Saturday.

Fresh off their break-through title in 2022, Craig Hill’s side will look to open the season in a positive start but face the prospect of coming up against a young side on the up.

Old foes Patumahoe and Pukekohe will do battle in their season opener at Patumahoe Domain as the two neighbours write the next chapter in the long-standing rivalry.

Patumahoe came out on top in a pre-season clash between the two but that will count for little as the two title contenders square off in a game where competition points are up for grabs.

Last year’s semi-finalists Manurewa are at home to Bombay in what should be an epic clash as well.

Bombay finished last year strongly to remind everyone about the dominance they have enjoyed over the past decade in the McNamara Cup but Manurewa will be smarting from their semi-final exit and will be tough to beat at Mountfort Park.

Ardmore Marist made the final last season, but this is a new-look outfit under new coach Duncan McGrory while Weymouth will hope to capitalise on a full season of Premier rugby under their belts last season.

Drury celebrates its centenary with a home game against Maramarua, with plenty of celebration across the weekend planned.

This match will feature as the first Counties Energy Game of the Week for 2022.

Rivals Te Kohanga and Puni meet at Te Kohanga in a game that will draw plenty of interest while newcomers Waiuku head to Manurewa for their season opener at Mountfort Park.

Patumahoe has the bye first up.

Massey Cup winners Papakura will travel to Colin Lawrie Fields to face Pukekohe while Patumahoe and Manurewa will continue their long-standing U21 rivalry with a game at Patumahoe Domain to open the season.

Two heavyweights do battle in the opening round of the U85kg grade as well with defending champions Patumahoe hosting a strong-looking Karaka outfit.

Elsewhere Onewhero hosts Beachlands Maraetai, Waiuku travels to Bombay and Papakura are at home to Pukekohe.

Fresh off a first-up draw the Papakura women will look to continue their strong start to the season when they host Marist Brothers at South Park.

Papakura grabbed a 15-15 draw with North Harbour Albany Barbarians in the opening week.

Reigning champions Manurewa will chase their first win of the season against Te Papapa Onehunga at Mountfort Park while Ardmore Marist will aim to bounce back from an opening round loss when they take on Grammar TEC at Bruce Pulman Park.