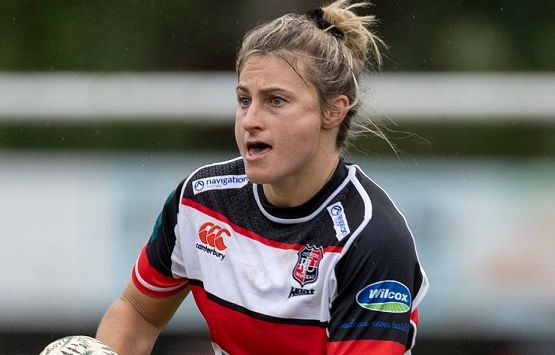 Counties Energy Heat and Black Ferns star Hazel Tubic will play her 50th game for the side when she takes to the field on Saturday to play Canterbury at Navigation Homes Stadium in Pukekohe.

The 31-year-old is just the second player to achieve the milestone, behind teammate Arihiana Marino-Tauhinu, having debuted with the province back in 2016.

“It is a real honour to bring up this milestone for the province in which I grew up in,” Tubic said. “This is my home, and it means a lot to me and my family to represent it.

“I have enjoyed so many great memories through my time with the Union and have loved playing alongside all of my teammates and with the coaching and management staff over the years.

“I’d like to think there are fair few more games left in me to come as well.”

She first played for Counties Manukau as a teenager in 2005 and joined the Counties Manukau Academy in 2007 as the only girl. She moved to play for neighbouring Auckland in the Farah Palmer Cup in 2009.

She played the first of her 13 tests for the Black Ferns in 2011 and returned home to play in Counties Manukau in 2013.

“Hazel has been a wonderful representative of Counties Manukau and has produced some amazing performances with us during her career,” chief executive Aaron Lawton said.

“She is proud of her heritage, her family and the region in which she is from and that is reflected in the way she plays the game.

“On behalf of the whole Union I congratulate her on this milestone and wish her and the rest of the team the best of luck this weekend.”

The Counties Energy Heat won their first game of the season last week in Palmerston North and take on Canterbury in the first game of a double-header at 11.35am. Following that match, the PIC Steelers begin their NPC campaign when they host Otago at 2.05pm.