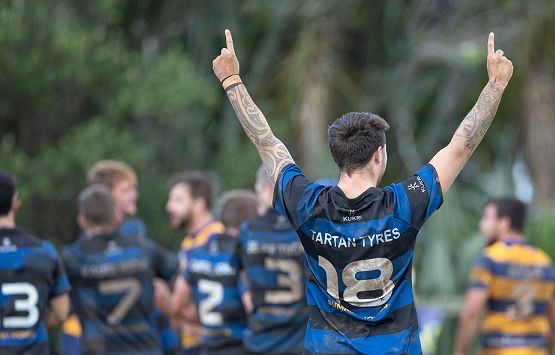 Waiuku and Onewhero will square off in the U85kg Championship final at Navigation Homes Stadium on Saturday.

The competition’s two leading sides have progressed to the decider on the back of strong seasons that saw them finish round robin play first and second respectively.

After narrowly winning their respective semi-finals, they will look to complete

It is great reward for two proud clubs that made the difficult choice not to contest the McNamara Cup this season.

Waiuku, who topped the round robin standings, have not made it to the decider without incident. The majority of their team came down with an illness this week and many have been unable to train or go to work.

Some players are racing the clock to be fit enough to play.

“The boys knew it couldn’t be changed so we will do what we can do to put our best foot forward,” manager Tracey Collins said.

“A couple of the boys are saying they are feeling a bit better.

“We won’t have our full team, but we will have enough to play the game.”

After a disrupted few seasons due to the COVID pandemic, Waiuku are hoping for some light at the end of the tunnel and a championship win will be a massive boost for the club.

“The last three years with COVID have been a bomb shell as it has been for all clubs,” Collins said. “The first COVID year we were set to play in the semi-finals but that was all cut short, and the boys were so disappointed.

“Most of the guys have been together for two or three years now. They train hard and have had this goal of winning.

“It would be like winning LOTTO if we come out on top Saturday.”

For Onewhero too, a win on Saturday would mean the world to a club that have gone through their share of struggles.

“We have had to struggle for many years just to get teams on the park – in all grades,” said manager Sue Roberts.

“This U85s team started off being unable to field a team due to a lack of numbers in the early days. I have been with them since we started four years ago.

“The boys take it seriously and the local boys have started coming back to play and the numbers have improved.

“To lose our premier team was just devastating for the club so to have our U85s in this position is really exciting.

“This is the only senior team we have at the club now and so winning it would just mean everything.”

The game kicks off at 2pm with a livestream on the Counties Manukau Facebook page.