Who can snare first round glory? Counties Power Game of the Week - Ardmore Marist V Manurewa 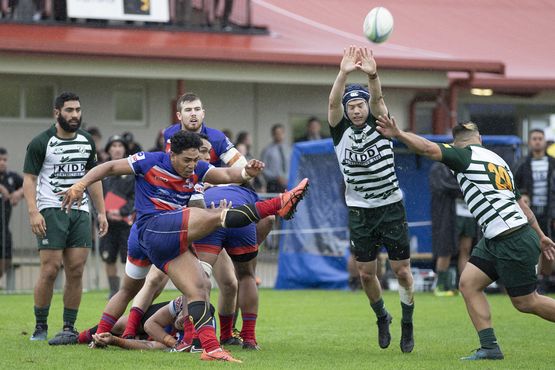 The first round of the McNamara Cup will be completed with what is the most eagerly anticipated game of the season thus far and top spot on the ladder will be determined by its outcome.

Manurewa enters the game on a six-game winning streak – their only loss this season came on the opening weekend of the year when they fell to Bombay. They have produced some scintillating form since but will get a stern test against an Ardmore Marist side that threatened to run away from the competition in the early stages. Doug Sanft’s side has had a couple of losses since then but their performance ceiling might be higher than any side in the competition.

“I think it will be a physical battle after watching what Manurewa presents,” Sanft said. “We just have to front up.

“They have some good ball carriers and their 10 has an accurate boot on him. They also have some skilled outside backs and their 12 is a big, strong ball carrier as well so we just have to nullify those things.”

Sanft thinks he has identified some ways to potentially combat the strengths of Manurewa.

“Line speed and a lot of body on body contact with our tackling,” he said.

Manurewa coach Jeremy Clark admitted the contest between the two leading sides would have a lasting impact even though there are only approaching the halfway stage of the round robin.

“There is still quite a long way to go in the competition but it is one and three [on the championship ladder] playing this week,” Clark said. “Ardmore are always tough at home. They will definitely be the favourites after what they have done over the past 12 months or so.

“They are one of the favourites this year and I am looking forward to the battle.”

Pukekohe Mitre 10 Mega could finish the first round on top as well but will need to beat Waiuku Brian James Contracting and hope that Ardmore Marist bests Manurewa. Waiuku will be inspired by their second win of the season over Onewhero last week and celebrating their 125th anniversary at the same time.

Patumahoe Troydon Patumahoe Hotel produced their best win of the season last week over Bombay and will look to back that up when they host Papakura Ray White.

Karaka will look to continue their good run of form when they meet Onewhero Silver Fern Marquees.