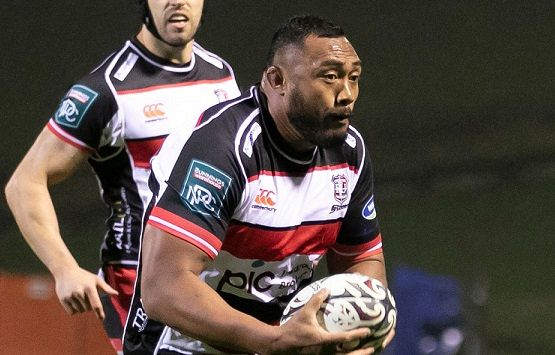 Counties Manukau PIC Steelers coach Reon Graham has confirmed his 2022 Bunnings Warehouse NPC squad for 2022 with every player selected from within the region.

Every player named in the squad is either currently playing club footy in the local competition or began their professional careers in the region before heading offshore.

Headlining the squad are All Blacks Dalton Papalii, Hoskins Sotutu and Nepo Laulala while newcomers this season include the return of former PIC Steelers Sean Reidy and Ahsee Tuala.

International centurion and Moana Pasifika inaugural captain Sekope Kepu has been confirmed as the Counties Manukau PIC Steelers skipper for the 2022 NPC season.

Kepu is widely recognised and admired by his fellow players and has been chosen by coach Reon Graham and his coaching staff to lead the side this year.

“Sekope’s role as skipper for Moana Pasifika has helped grow his natural leadership ability,” Graham said. “When I approached him about taking on the role for the Steelers this year he was very humbled and one of his main drivers for accepting the challenge was to give something extra back and help grow future leaders.

“Every member of the team also voted for Keps, which shows the mana he holds within our team. “We have a young leadership group this year and I am confident Keps will help with their development in this area.”

There are 13 Super Rugby players in the 2022 squad while there is plenty of exciting young talent that stood out in the recently completed McNamara Cup club competition.

“Counties Manukau have been at our best when we have picked from within and that is a hallmark of this side,” Graham said.

“We wanted to connect with our community and strive to boost the pride in our hoops and I think we have achieved that with this squad.”

The PIC Steelers begin their 2022 campaign with a home game against Otago on Saturday August 6.