Around the Grounds - February 16 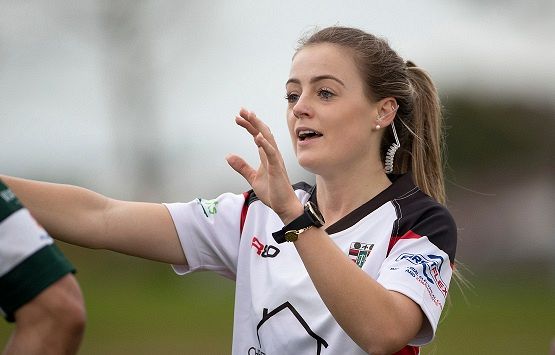 Life membership awarded at Karaka
Two long serving and influential Karaka identities were presented with life memberships at the club’s AGM last week.
CMRFU board member Andy Baker and Ray Mountfort were both made life members, much to their surprise.
Both men have made outstanding contributions to the Karaka club and to Counties Manukau Rugby over the years.
Baker stood down from the Karaka committee when he became the chair of CODs.

S&C man practicing what he preaches
Jed Knox, the Counties Manukau Rugby strength and conditioning guru has been practising what he preaches over the summer and it has resulted in him dropping over 10 kilos in weight.
Knox has followed a strict diet and done plenty of exercise and looks in great shape.
The CMRFU staff regularly exercise together and can be seen out on Navigation Homes Stadium or jogging around Pukekohe during lunch breaks.

Referees to celebrate 2021 season
The Counties Manukau Rugby Referee’s Referee Celebration Day will take place on Sunday February 20.
The idea is to celebrate the achievements from last year, when their annual awards night was cancelled.
The day will include a game of social softball or cricket, a BBQ and some awards will be handed out.

Upgrades at Puni
Puni Rugby Club will open the 2022 season with a brand-new roof on their clubrooms in a move that will help spruce up the venue.
The Sid Marshall Shield outfit has been in desperate need for improvements to the building and plenty of hard work has gone into sourcing the funding.

Community team on NZR course
The CMRFU Community Rugby team attended a course run by New Zealand Rugby at Waihi last week.
The team – consisting of Shaun Atamu, Liam Daniela and Siaosi Lealiifano as well as referees boss Brandon Roberts and Coaching Development boss Richie Harris attended the two-day course that will influence their deliverables for the year ahead.