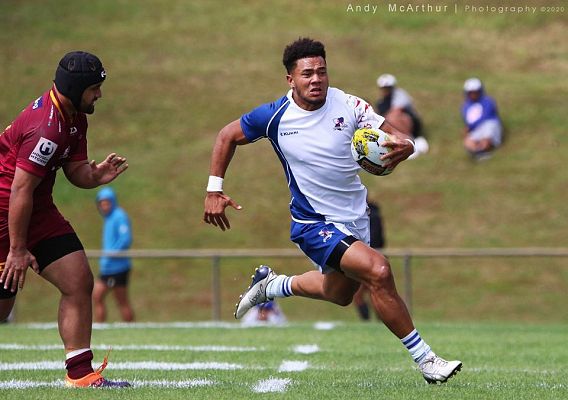 Counties Manukau club Ardmore Marist have become the ninth winner of the Middlesex County Wavell Wakefield Cup in the past 10 years.

Ardmore Marist captured the title for the second time and the first time since 1954 (also won by Ardmore) after beating Bay of Plenty’s Te Puna 26-7 in the Cup final at Jerry Collins Stadium in Porirua at the weekend.

After losing one game on day one (17-28 to Te Puna), Ardmore Marist produced a storming second day’s performance on Jerry Collins Stadium to deservedly take the spoils.  Earlier in the day, Ardmore Marist had beaten Dunedin’s Alhambra Union 29-0 in their Cup quarter-final, before beating home side and defending champions Northern United 19-10 in their semi-final.

The key play of the Cup final came three minutes into the second half. Ardmore Marist, leading 12-7, were awarded a penalty try after Sailosi Vatubua had put through a kick and chase but was tackled without the ball going for the try. This put them up 19-7, and Te Puna had a second player of the match sent to the sinbin.  From the very next kick-off, Te Puna attempted to work the ball out of their 22 only to throw away an intercept and Ardmore Marist were in again. At 26-7 it was game over.