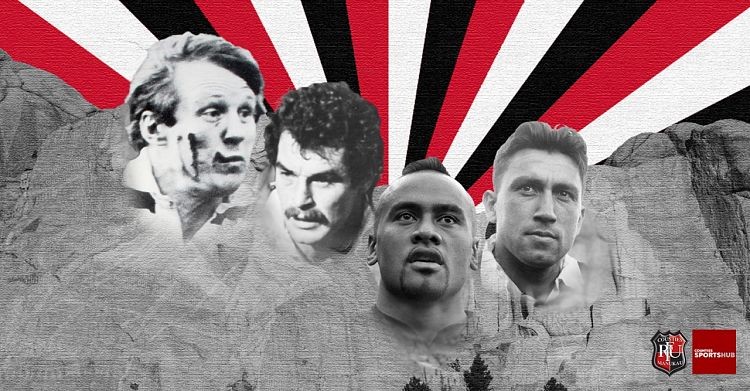 Our panel of experts have ranked the top 15 players in CMRFU history and those four names came out on top.

Robertson was ranked first or second on all of the judge’s ballots, while Dawson was the only other player to appear in the top four on all ballots.

Lomu was a clear third choice, with Walsh beating out the likes of Andy Dalton, Errol Brain, Joeli Vidiri, John Spiers, Rod Ketels and Jim Coe to be fourth.

The top four represent the full history of the Counties Manukau Rugby Union, with Walsh being part of the very first Counties team that debuted in 1955.

He was the Union’s first All Black and was the first cult hero of the region.

Robertson was a star of the 1970s and is arguably New Zealand’s greatest ever centre. He was joined by Dawson by 1979, when Counties won the NPC first division title – their first and only title to date.

Dawson would go on to play over 200 games for the province – a record that will most likely never be bettered.

Lomu burst onto the scene as a schoolboy star and produced some highlight reel moments that helped catapult the 1990s Steelers teams to the forefront of domestic rugby.

Crowds piled into Navigation Homes Stadium to see the legendary winger swat players away with ease as he led the team to successive NPC first division finals.

Congratulations to the 15 players that made it onto our short list and, in particular, the four legends that were ranked at the top.

A big thanks to everyone that contributed to this by voting across the various channels and to our expert judges for their time and efforts.

Thank you to everyone involved, stay safe, stay well !!