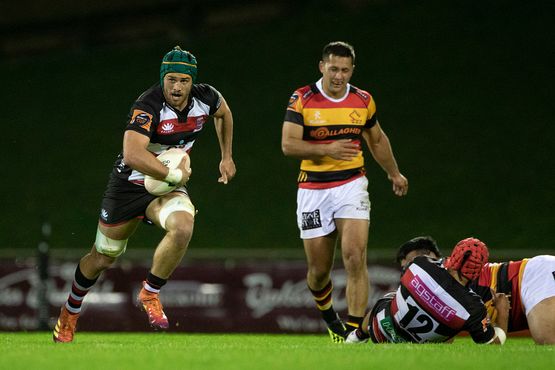 The Counties Manukau PIC Steelers welcome back inspirational captain Sam Henwood for their final home game of the Mitre-10 Cup season in Pukekohe on Thursday night.

Henwood has missed the last three games with injury, and during that time the Steelers have moved from pressing for a semifinal spot to the foot of the premiership table.

The Steelers take on Hawkes Bay at Navigation Homes Stadium from 7.35pm on Thursday, and are keen to rise to the challenge in their final home game of the season.

“We made such a solid start to this campaign but after the loss to Tasman we have just not been able to adjust and we have battled with plenty of injuries. We have not produced the same platform and accordingly defensively we have been under pressure,” said coach Darryl Suasua.

“I thought the boys fought really well against Canterbury last week and if we can take that up a notch on Thursday, then I am sure we can get some rewards.”

The team welcome back prop Tim Metcher to bolster the front row while Bombay loosie Johnathan Kawau gets his first start.

Orbyn Leger starts again at first-five with the only change in the backline coming with Ardmore Marist’s Liam Fitzsimons enjoying his first start on the left wing.

All adult grandstand tickets are only $10 with children under 13 for free with kick off at 7.35pm on Thursday.