Counties Power Game of the Week - Round 2 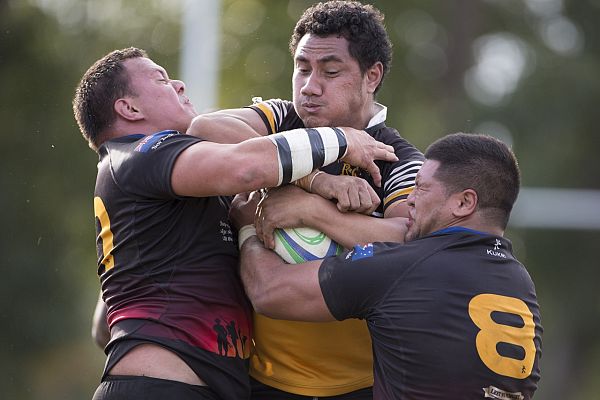 The two southernmost clubs in the Counties-Manukau region feature in this week’s Counties Power Game of the Week in what has become a real highlight of the draw.

Te Kauwhata and Onewhero have a storied history as rivals yet have come together (along with Maramarua) to form the Temarawhero composite side at certain points over the years.

Te Kauwhata stalwart and current assistant coach Stephen Hickey has played a role in a significant number of contests between the two clubs over the years and believes it is a rivalry that everyone enjoys.

“We have formed a close bond with Onewhero over the years,” the former Steelers rep said. “A lot of the boys know each other and it becomes that classic mate against mate game where you smash each other on the field and then sit back afterwards and enjoy a beer together.

“It is the same for the spectators too.”

Onewhero have dominated the results in recent years but Te Kauwhata feel they have the capability of an upset win despite a first up loss to Waiuku in the opening round.

“We were in it for a little while,” Hickey explained. “Overall Waiuku were a bit better than us and with 20 minutes to go our fitness was caught out and they piled on some points.

“We were playing with a few niggling injuries too.”

Hickey, who coached the side last season, feels he has a better squad to work with in 2018.

“I actually think we are a better side this year especially once everyone is fit and available to play.

“We have better numbers as an overall club with a few guys moving into town and joining at the reserves level.

“That will flow into our top side too.”

Former Kiwis league international and professional rugby player Lesley Vainikolo has taken over as coach of Onewhero this year having moved back to New Zealand. The powerful winger is living in Meremere and working at Aorere College, coaching the school’s First XV on top of his commitments with Onewhero.

His side played well in their first match of the season, eventually going down to four-time reigning champions Bombay in a one-point cliffhanger.

“It went well,” Vainikolo said. “I thought the boys played well; the way we wanted them to play. A few calls didn’t go our way but that is what rugby is all about.

“I just want them to start playing rugby and give them the freedom to play and believe in themselves.”

While Vainikolo has enjoyed a tremendously successful pro career and has a load of personal experience to call upon he doesn’t know much about the rivalry between the two small town New Zealand clubs.

“To be honest I have no idea but games against rivals are always good to play and watch and bring the best out in both teams,” he added.

In other games Pukekohe host Patumahoe Troydon Patumahoe Hotel at Colin Lawrie Fields, Bombay meets Karaka in a replay of last year’s final up the hill at Bombay, Papakura hosts Manurewa Kidd Contracting at South Park while Ardmore Marist South Auckland Motors are at home to round one winners Waiuku Brian James Contracting.