Patumahoe thrash Karaka in Counties Power Game of the Week 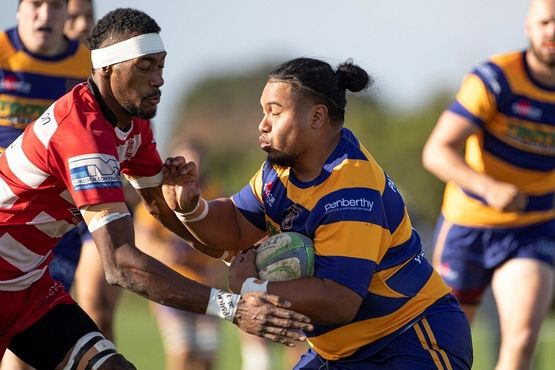 After holding an 11-5 lead at halftime, Doug Sanft’s side eased away in the second half to score four tries and secure a bonus point for their efforts.

“It was a physical battle and a good game that went right down to the end,” Sanft said. “We just managed to get away with the game at the end – maybe our fitness or maybe we were just more clinical at the end.”

There was a fair amount of feeling in the game with both sides desperate to secure a crucial win that will have implications on the playoffs.

“It was a good game and the supporters were right into it,” Sanft explained. “It was really physical – there were two sin-bins each for both sides. Puke at the moment are desperate.”

The loss saw Pukekohe remain in sixth place but fall further out of the top four as they continue to battle injuries.

Having held Pukekohe to nil last week, the Patumahoe defense was out in force at Karaka Sports Complex while they managed to secure a bonus point for scoring four tries themselves that could prove crucial at the end of the season.

“Very happy with our defensive effort second week in a row,” a very happy coach Reon Graham said. “We knew Karaka were going to be hungry after their bye and we had to withstand a lot of attack from them in the first half, which we did with big efforts from everyone on defense.

“Riley Hohepa and Aue Parima managed the game very well in the second half with good tactical kicks, which allowed us to build enough pressure and capitalize.

“Hard to single out players but Troy Abernethy and Siate Taupaki carried strong all day and it was good to see Jimmy Brady finding some form.”

Bombay also manage to collect a four-try bonus point as they beat Waiuku Brian James Contracting 31-21 in Waiuku to keep hold of second place in the standings.

The visitors raced out to an early lead but Waiuku fought back as the match wore on.

Manurewa Kidd Contracting maintain third place as they avoided the banana skin in Onewhero Silver Fern Marquees with a 36-10 win up the hill.

The visitors bagged six tries and eased to victory after establishing a 19-0 lead at halftime.

Weymouth claimed another win in Bob Chandler Memorial Premier 2 fixtures as they beat Papakura 20-15. Patumahoe Dave Redshaw Electrical continued to hold second place on the laddere with a 17-11 win over Karaka while Ardmore Marist edged Pukekohe Franklin Long Roofing 31-13. Bombay proved too good for Waiuku 24-19 in the final match of the round.

Ardmore-Marist, Patumahoe, Manurewa and Karaka continue to hold the top four spots on the ladder.

Maramarua moved to the top of the Sid Marshall Shield Premier 3 standings with a 105-7 thrashing of Puni in the only game played in the grade. They moved in front of Te Kauwhata while Drury and Ardmore-Marist hold third and fourth respectively.

Patumahoe claimed an important 36-3 win over Bombay in Massey Cup U21 action while Pukekohe blanked Waiuku 41-0. Manurewa leads the way on the standings with Patumahoe, Pukekohe and Bombay rounding out the top four.

Papakura edged Pukekohe 11-10 in Under 85kg action while Onewhero claimed an important 13-10 win over Weymouth. Karaka (via default) and Waiuku also picked up wins. Waiuku, Papakura, Pukekohe and Patumahoe hold the top four spots in the grade.
The two women’s teams in action on Saturday ended up on the wrong end of the scoreboard. Manurewa fell to East Coast Bays in a close game while Ardmore Marist were on the receiving end of a big loss to Ponsonby.