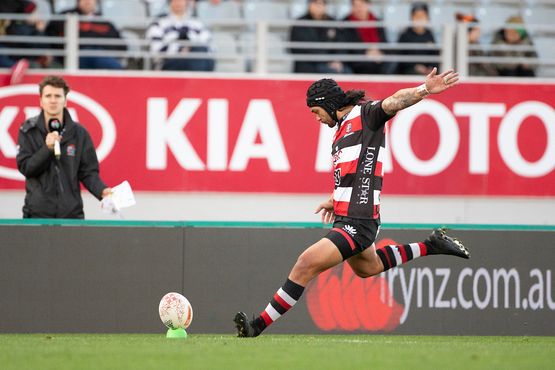 The PIC Counties Manukau Steelers will field a virtually unchanged team when they host Bay of Plenty in their first home game at Navigation Homes Stadium in Pukekohe on Thursday.

Veteran prop Sean Bagshaw returns for his first stage and his 42nd game for the Steelers is the only listed change to the pack, which impressed last week at scrum and in the collisions in an aggressive display, although they are looking for more accuracy in their lineout set-piece.

In the backs, Latiume Fosita, who guided Ardmore Marist to club success this year, will make his debut at first-five with Luteru Laulala slotting in at fullback as the only changes in the backs.

Coach Darryl Suasua said while the start to the competition had some bright moments, the team was disappointed not to take maximum points against Auckland.

“The boys all believe it was one they let slip. Our defence let us down although the good part was that our systems worked well and it was individual one-on-one defence that was costly which we’ve been working on this week,” he said.

“There’s a good feeling among the team although it is a short turn around for both teams for a Thursday game.

“We are looking for more accuracy on defence and also have more patience on attack. Bay of Plenty were impressive against a good Taranaki side so we will need to step up.”

The game at Navigation Homes in Pukekohe kicks off at 7.35pm on Thursday.