We are proud to present our Pukekohe Physiotherapy U19’s

What an exciting line up of players and coaching staff.

All players come from our local clubs with majority having played Premier Rugby in 2019.

The team play in qualifying games to rank them leading in to the National Jock Hobbs U19’s Tournament held in Taupo.

We wish the team all the very best with their preparations leading in to the qualifiers and hope the community get in behind the team. 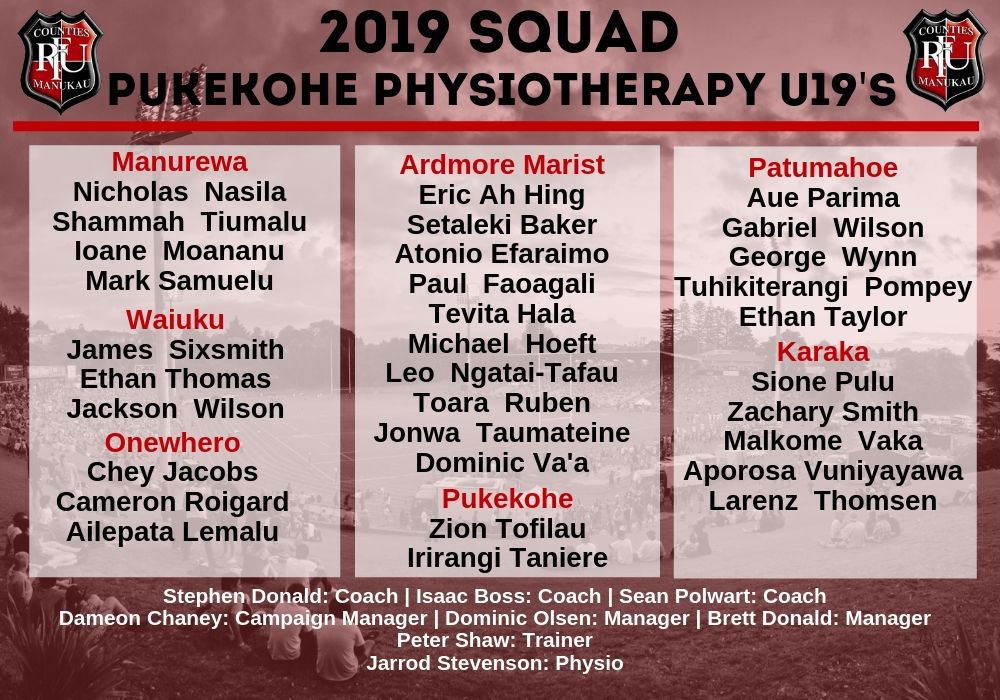