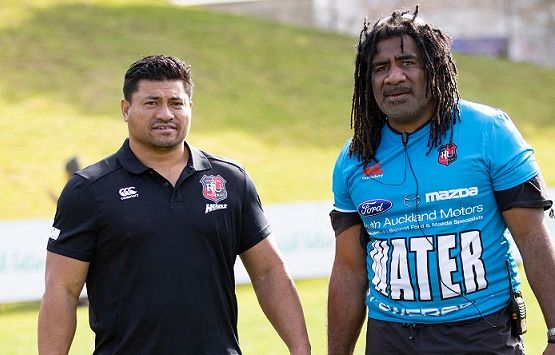 The coaching staff for the Counties Energy Heat has been confirmed for the 2022 Farah Palmer Cup with JP Faamausili returning for a second season as head coach.

Faamausili, who previously coached Auckland with success, took over the reins of the Counties Energy Heat squad last year but had his season cut short due to the COVID outbreak.

Former Blues, Steelers and Fijian international Waisake Sotutu will also return in the assistant coach role while Tutu Tairea has joined the group as a second assistant.

Leticia Jones comes back for another season as manager of the side.

“It is exciting to confirm our coaching staff early in the season so we can really build up to the start of the Farah Palmer Cup,” Women’s High Performance manager Pete Shaw said.

“JP and Waisake were terrific last year and it was frustrating we couldn’t complete our campaign.

“The good news is we are all chomping at the bit this season and the addition of Tutu will give us an additional boost.

“We wanted to add experience working with young women when adding to our coaching group. The coaching group is keen to promote a number of academy players to the senior side in 2022 and having coaches with a strong reputation of developing young women is critical to the long-term future of the Counties Energy Heat.

“With a number of our players getting some Super Rugby Aupiki experience and with the World Cup here on our own shores it promises to be a huge year ahead.”

Shaw will serve as the team’s strength and conditioning coach in addition to his HP role.