A Game of Three Halves is on again in Pukekohe 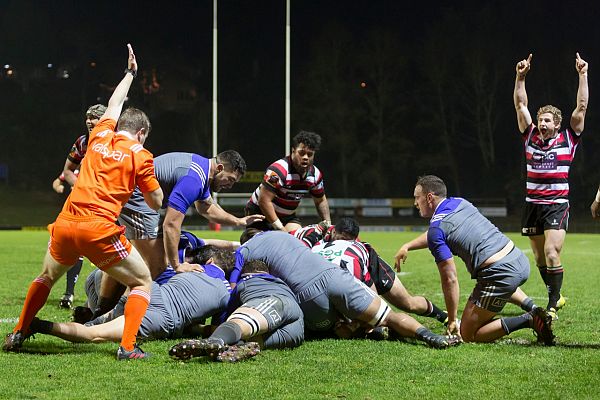 One of the most popular rugby events on the calendar, the Game of Three Halves, is on again this year, with the All Blacks to play provincial sides, Counties Manukau and Taranaki in August, as part of their preparations for the Investec Rugby Championship.

The Game of Three Halves training matches will be held at ECOLight Stadium in Pukekohe on the evening of Friday 11 August.  The two provincial sides will play their “half” against each other in a 40-minute game, with the All Blacks then taking on both provincial teams in two 40-minute “halves.”

It will be the third time Counties Manukau RFU have hosted the All Blacks for the hugely-popular event.  It also serves as an ideal hit-out for the provincial sides ahead of the Mitre 10 Cup, which kicks off the following week.

Tickets for The Game of Three Halves will go on sale from Monday 29 May.  They will be available from the Counties Manukau RFU offices at ECOLight Stadium or from iticket.co.nz. Ticket prices start from $10 for adults and $7 for students on the embankment, with Under 13s free on the South Auckland Motors embankment with a paying adult.

Counties Manukau CEO Bart Hoggard said: “We’d like to thank New Zealand Rugby and the All Blacks for again allowing us to host this unique event and for their continued support of Counties Manukau RFU. This event really captures the imagination of our supporters and gives our players an opportunity to test themselves against the world’s best.  We look forward to welcoming the All Blacks and Taranaki to ECOLight Stadium.”

The All Blacks will again be in Auckland as part of their preparations for the Bledisloe Cup and opening Investec Rugby Championship Test against Australia in Sydney on Saturday 19 August.