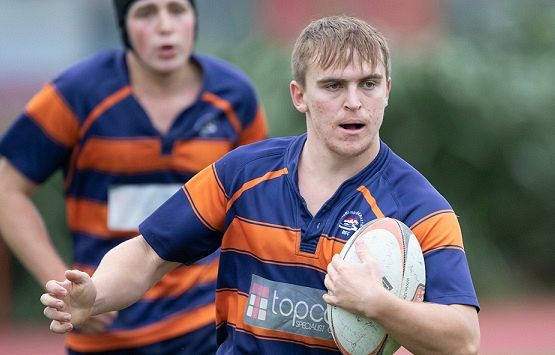 Beachlands Maraetai travel to Karaka Sports Complex for the Counties Energy Game of the Week in the U85kg competition knowing another win or two will secure a miraculous semi-final berth this year.

The club was staring down the barrel of not entering a team in senior grades this season just weeks out from the start of the competition. A number of departures from last year meant that only seven or eight players were consistently turning up at training and an emergency call was put out for new players.

A group got together and the call was answered and there is now hope that the side will not only compete but could be a contender this year.

They picked up their first win of the year last week at home against Papakura and have their eyes set on a semi-final spot.

“The goal is to get into the playoffs,” manager Phil Holloway said. “There are only seven teams in the grade this year so it is possible for us to get in with another win and a draw if we keep our for and against in good shape.”

Holloway said last week’s win was a big boost for the side, especially coming at Te Puru Park.

“It is definitely a good thing. They trained hard during the week and learned a few things from the first game. They also listened to the coaches and followed the plan better.”

Karaka will prove a challenge for Beachlands Maraetai but Holloway feels they have a chance with some key players keeping them in contests they might not have been in last season.

“We have a first-five [Sam McKee] that really guides us around the park,” Holloway said. “Unfortunately we lost our fullback for the season last week with a broken nose and concussion from foul play but there are a host of others ready to step up.”