Around the Grounds - April 7 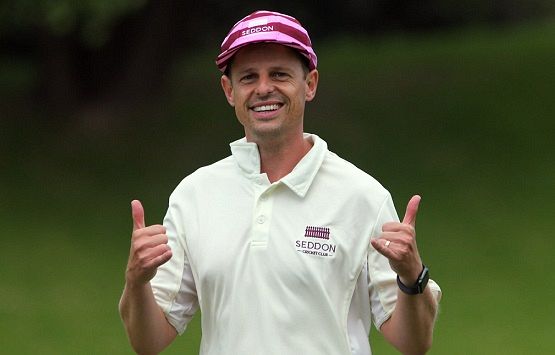 Win tickets to see the Chiefs play the Blues this week
All you have to do to win is jump on the Counties Manukau Rugby social channels and make sure you are following/liking us, comment on our post and you’re in the draw to see one of Super Rugby’s great rivalries.
The match kicks off at 7.05pm on Saturday at FMG Stadium in Hamilton.

Concert at Navigation Homes Stadium
Grab your glowsticks and get your tickets to head along to the Southern Comfort Freqs Out South concert at Navigation Homes Stadium in Pukekohe on April 30.
The home of the PIC Steelers and Counties Energy Heat will play host to the concert that will see the likes of Benny Boy, Twofold and Dan Aux perform.
Tickets are $35 and can be purchased via www.freqlaybuy.co.nz.

Craig Carter emulates his inner Kane Williamson
Move over Kane Williamson and Ross Taylor, there’s a new cricketer with local ties pushing for legendary status. Counties Manukau’s own Craig Carter is still walking on cloud nine after a superb knock of 24 not-out while playing for the Seddon Cricket Club against the Parliamentary XI at New Zealand’s spiritual home of cricket, the Basin Reserve, on Monday.
Rumour has it (according to CEO Aaron Lawton) the former CMRFU chair got off the mark with a beautiful on drive before anchoring the innings with John Wright-esque grit for the visitors.
Rumour also has it (also according to Lawton) he then called his mum Shirley that night to share with her his news and was overheard mentioning that he now had one up on Williamson, Taylor and Martin Crowe given all three iconic Black Caps had been dismissed at The Basin during their illustrious careers.

A picture paints a thousand words
While Lawton was quick to dob Carter in he failed to pass on some other key information for this column.
Around the Ground has got our hands on photographic evidence to support whispers that Lawton dropped the ball in the same game – literally.
Lucky for him he’s better at balancing the books and running the Union than displaying a safe pair of hands.

One to watch
It was great to see some pre-season action over the weekend and players will all be better for a bit of a run around ahead of the 2022 season.
While a number of players stood out, one player caught our attention with tremendous impact off the bench for Manurewa against Karaka.
Tomasi Manase scored a brilliant solo try as he ploughed through defenders like a bowling ball through ten pins and made a number of other telling runs during the back end of the game.
Coach Jeremy Clark rates the youngster and is working on getting his conditioning up so he can play longer stints.

Promo video to drop next week
A promo video featuring club players making the trek up Mt William recently is set to drop next week.
Produced by Peter Young, who has delivered high quality video content for the likes of the Warriors and Auckland Tuatara, the video showcases the spirit of club rugby and features current club players.
The afternoon shooting day was well-supported by the clubs and the reward will be worth their efforts.