Around the Grounds - July 7 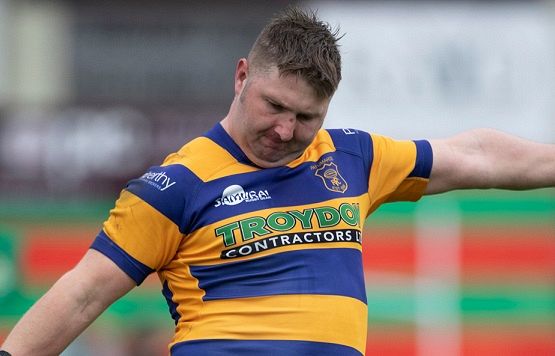 Heat players earn international selection
In addition to four Counties Energy Heat players trialling for the Black Ferns on Friday night in Pukekohe (Hazel Tubic, Arihiana Marino-Tauhinu, Ruby Tui and Leilani Perese) two others have been selected for international duty.
Ti Tauasosi has been picked to played for Manu Sina (Samoa) while Malia Tova has earned a call-up to play for Tonga.
Tickets to the Black Ferns trial at Navigation Homes from 7pm on Friday night are on sale via https://steelers.flicket.co.nz/.

Girls’ schools finals played today
The Counties Manukau Secondary Schools Girls’ Final will be played at Massey Park in Papakura this afternoon at 4pm.
The highly successful competition wraps up with two matches to be played to determine final placings and an overall champion.
Rosehill College Red meets Papakura High in the competition final while Pukekohe High School plays Waiuku College in the battle for third and fourth.

Condolences to the Coe family
Everyone at Counties Manukau Rugby is saddened to learn of the passing of CMRFU president Jim Coe’s father recently.
The Coe family have made a huge contribution to rugby in the region, and we all extend our sympathies at this tough time.

Oh dear
Counties Manukau Rugby chairman Gary Millington enjoyed his recent trip to the UK, but he arrived back without his luggage.
He’s still waiting for it to arrive, and we suspect someone who works at Heathrow is now the proud owner of some Ted Baker suits and some very flash shirts.

They met where?
The Warriors played their first game at Mt Smart Stadium last week since 2019 – when current CMRFU chief executive was still working for the organisation.
It wasn’t a surprise to see Lawton in attendance, but it was a surprise for both he and former Steelers coach Tai Lavea, who ran into each other at the game.
Can both men use the excuse they were there looking for recruitment options?

Milestone for Jonny Wilkinson
Veteran Patumahoe player Jonny Wilkinson will play his 150th Premier match for the club when they take on neighbours Pukekohe in the McNamara Cup semi-finals this week.
The ex-Pukekohe High School fullback has been a terrific servant for Patumahoe and could well have been inching towards 200 games had injuries not cost him time in recent years.

Puni to open renovated clubrooms
The Puni Rugby Club will reveal the upgrades and refurbishment on their clubrooms this Friday.
It promises to be an extremely special day as they remember and give blessings for the clubhouse that was and celebrate new beginnings and memories.
Mark Southon (chef) will be making the food along with the ladies in the new kitchen making fry bread.