Beaver to captain PIC Steelers for home clash against Harbour 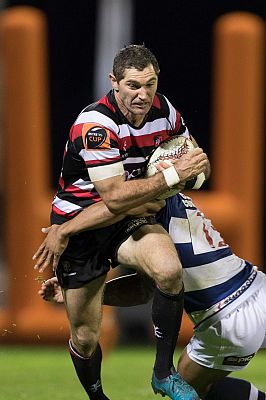 The PIC Counties Manukau Steelers are looking for continued growth in their game for their Mitre 10 Cup clash against North Harbour at ECOLight Stadium in Pukekohe on Thursday evening.

The South Auckland Motors embankment will be closed, however thanks to Pak n Save Pukekohe kids 13 and under will be free in the grandstand for Thursdays double header, this also includes Embankment season ticket holders.

Head Coach Darryl Suasua said he is looking for further growth from the PIC Steelers when they host Harbour at the ECOLight Stadium on Thursday at 7.35pm.

“We started with an ugly win against Auckland but we were ordinary against Waikato, especially in the first half which put the game beyond our reach,” said Suasua.

“There was definite improvement against Taranaki and we did enough to win the game but we lacked some composure at key moments.

“We are looking to continue our growth in every game and we won’t be taking a backward step on Thursday.”

Suasua said that with three games in the next nine days, he is not taking risks with players carrying niggling injuries or with heavy playing loads so far.

Beaver will captain the side for the first time, coming in at first-five with Baden Kerr on the reserves’ bench. Likewise impressive newcomer Sam Furniss is rested after three straight games with the experienced Tim Nanai-Williams moving to centre alongside NZ Under-20s representative Orbyn Leger who enjoys his second start in the midfield.

Jonathan Taumateine will again start at halfback in place of injured captain Augustine Pulu, following his outstanding performance against Taranaki, while co-captain Jimmy Tupou is also sidelined with injury allowing Sam Henwood to again start at No 8.

The only change from the starting pack is at hooker with Joe Royal to start and Gafatasi Su'a moving to the bench.

“We have a few players with niggling injuries and you don’t want to risk playing them and end up losing them for a bunch of games,” said Suasua. “Likewise some players have had three straight games and just need to freshen up, either with a game off or moving to the bench, given we have two games next week.”

The curtain-raiser at 5:05pm kick-off features the national champion Counties Power Heat against Waikato in the women’s national championship match for the Sarah Palmer Cup, after their 84-7 opening romp over North Harbour.

There a fantastic offer for fans with a two-for-one ticket deal for the match, which is available only until the gates open at 4.35pm on Thursday. You can pre-purchase at the Counties Manukau Office at ECOLight Stadium or online https://www.iticket.co.nz/events/2017/sep/steelers-vs-north-harbour

Match day Grandstand tickets are $20 for adult Grandstand, $15 for Students with ID. Individual tickets to the match are available from CMRFU office, the gate on game day or www.iticket.co.nz.

Corporate hospitality is available for all home fixtures.  Memberships are available from CMRFU office and www.steelers.co.nz or www.iticket.co.nz. For any enquiries phone 09 2370033.

NOTE: Patrons on the embankment Umbrellas are allowed to bring umbrellas – please show respect in their usage if wet conditions.