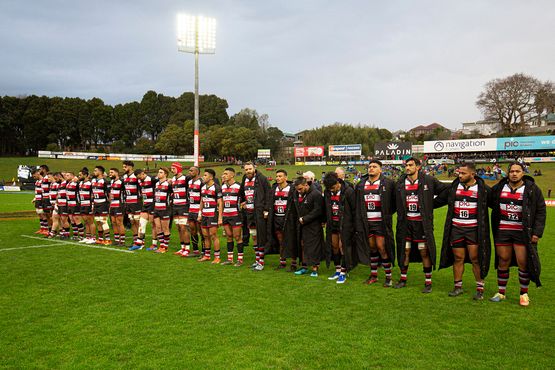 A late Wellington fightback has broken the hearts of Counties Manukau as the home side snatched a 29-22 win in the capital.

The PIC Steelers led for the majority of the game but were chased down with two late tries on the back of the Steelers having to play two periods with only 14 men at Westpac Stadium.

Veteran forward Sikeli Nabou scored the opening try of the night five minutes into the game as the visitors took advantage of an attacking line-out and drove the ball over the line.

Wellington struck back midway through the first half when winger Wes Goosen sliced through a gap and bamboozled the cover defense to score a stylish try.

The Steelers hit back immediately to regain the lead when halfback Jonathan Taumateine produced a lovely short pass to put winger Kalione Hala in under the posts.

Wellington had a number of chances to score in the closing stages of the first half – taking attacking line-outs and trying to roll a maul over the try line but the Steelers muscled up and shut each attack down.

They lost experienced prop Sean Bagshaw to the sin bin just prior to the break – the Onewhero stalwart the unlucky player punished for a string of penalties conceded in their own red zone.

The Steelers bounced out of the sheds after the break and scored a beautiful try in the corner as they put it through the hands and Orbyn Leger dived over to extend the lead to 10 points.

Wellington lock James Blackwell was gifted a try just as Bagshaw returned from the bin as a communication breakdown saw the ball pop up into Wellington hands deep inside the Steelers’ 22.

A driving maul and a fortunate deflection saw Counties Manukau score their fourth try through number eight Malgene Ilaua after a sniping run from Taumateine.

The Steelers continued to draw the ire of referee Nick Webster and replacement hooker Donald Maka became the second player shown a yellow card for an infringement inside their own 22.

Wellington took advantage and scored in the corner through Billy Proctor while Jackson Garden-Bachop’s conversion levelled the scores at 22 apiece with five minutes to play.

A late turnover and some adlib passing saw the home side score a long range try with time expired to steal the game.

The PIC Steelers return to Pukekohe next Friday night when they meet the early competition leaders Tasman at Navigation Homes Stadium. Kick off is at 7:45pm