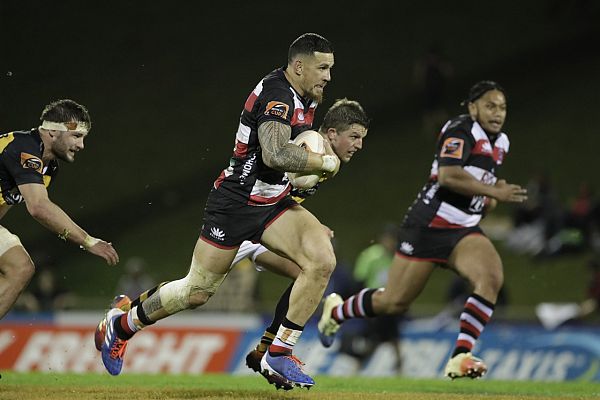 It’s a numbers game for the PIC Counties Manukau Steelers when they host Taranaki in the opening game of the Mitre-10 Cup on Saturday.

Numbers for the Steelers’ management who have embarked on an innovative marketing campaign aimed at attracting 8000 fans to Navigation Homes Stadium in Pukekohe on Saturday afternoon. If achieved, those 8000 supporters will get free entry for the rest of the season.

Numbers for the Steelers who lost this encounter at home last year 26-19 and have not prevailed over Taranaki since the 2013 fixture.

Numbers in that the starting 15 on Saturday combine for only 150 Mitre-10 Cup games for Counties Manukau and seven will be making their debuts.

But numbers can be deceiving as a number of those debutants have considerable experience both at home and abroad including Irish prop Conan O’Donnell, a former international U20 player with around 30 caps for Connacht and the Sunwolves. He will be joined by Australian Tim Metcher who has Super Rugby experience and currently playing in the rising American competition.

And there will be considerable interest in fullback in Andrew Kellaway, an exciting 23-year-old with considerable experience for the Waratahs and currently for the Northampton Saints. He is joined by Fijian-born Australian Kirisi Kuridrani, who played for the Reds and Honda Heat, brother of Crusaders and current Montpellier star Nemani Nadolo.

“At the heart of the Steelers is still our homegrown players, although we have lost some to injury and others to the Rugby World Cup,” said coach Darryl Suasua. “So we have had to look further afield and to be honest, we are excited with the international players who have joined us.

“That’s not just their talent, but also their attitudes and professional approach which has resonated with our homegrown players.

“I am genuinely excited at our prospects. We have a bit job melding everyone together but we are committed to playing Steelers rugby, and encourage our team to look up and play what is in front of them.”

Helping out considerably this week will be All Black Sonny Bill Williams, playing his third game for the Steelers, and his contribution over the last two weeks with the younger players has been noticeable.

The team also has a new captain in loose forward Sam Henwood, fully fit after missing much of last season with injury.

“This group are already showing plenty of promise but the key will be how we can do our own jobs, look out for each other and give everything to the jersey.”

The injury list includes lock Matiaha Martin, midfielder Sam Furniss, first five Luteru Laulala and Highlanders winger Tevita Nabura, all out for the season, with Chiefs midfielder Orbyn Leger and experienced lock Viliame Rarasea both sidelined for the early part of the season.

The Steelers will no doubt draw inspiration from the expected big crowd on the back of the novel 8000 campaign, and the reunion of the national championship winning 1979 Counties Manukau side.