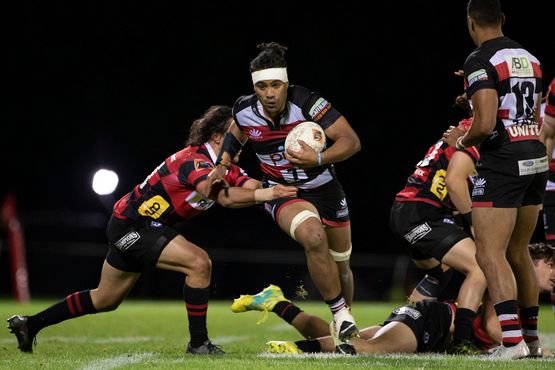 The Counties Manukau PIC Steelers will be looking to dig deep as they seek to resurrect their season when they take on Canterbury in Christchurch on Saturday.

The Steelers are looking to re-find the promising and strong form they displayed in the first half of the season but realise the challenge will be significant in taking on Canterbury.

They will look to their experienced players to re-ignite the Steelers.

“Once we got injuries then it has been harder to keep the performance levels up, and while we have periods of really strong play on attack, defence or set-phase, we are being undone by individual mistakes,” said coach Darryl Suasua.

“It is not one single thing, but we need to get back to our strong set-phase platform, ensure we are organised and aggressive with our defence but also disciplined and not giving away penalties.

“We are still posing threats when we attack but need to be patient and accurate.”

The Royal brothers – Joe and Mark – link up in the front row with Conan O’Donnell, in the absence of fellow prop Tim Metcher, with injury forcing him out of his first game for the season.

The experienced Viliame Rarasea will play his 49th game for the Steelers, paired at lock with Ardmore Marist’s Daymon Leasuasu, who has played all seven games in the middle row.

Co-captain Orbyn Leger moves back to first-five with the experienced Cardiff Vaega returning to the midfield for his 38th cap.

The Steelers will then face a short turn around for their next and final home game next Thursday night against Hawkes Bay at Navigation Homes Stadium.