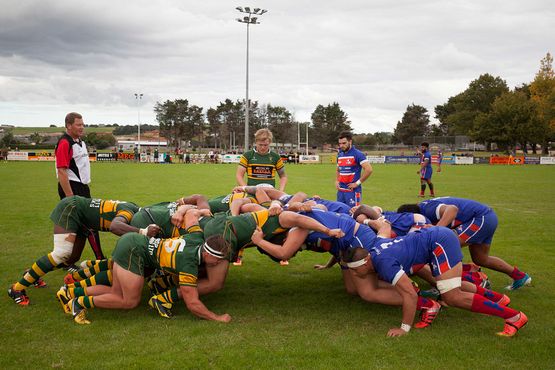 Two of the best performing clubs from the opening three weeks of McNamara Cup action run into each other in the Counties Power Game of the Week on Saturday.

Ardmore Marist have been the stand out team in the union the past couple of seasons and their early season form will have many coaches worried. Their 106-0 win over Waiuku Brian James Contracting was as dominant a win as there has been in recent seasons.

The depth of the Ardmore Marist side is stronger than any other club at present and they have semi-professional players scattered throughout their line-up.

Coach Doug Sanft has the tough job of trying to figure out who to slot into his team each week.

While he studies video of opponents’ previous games Sanft thinks the main goal at present is to work on his own team’s structures.

“The first round is all about us and what we are trying to achieve,” he explained. “In the second round we will try to analyse other teams and see what they are trying to do a bit more.”

Sanft has had a look at the Pukekohe side that he will face this week and has been impressed with what he’s seen.

“They’ll be quite physical,” Sanft said. “There are some big boys in that team so we will have to come up and match them with that physicality.”

Pukekohe had a first up bye but have won back-to-back matches against semi-final teams from last season and will be eager to test themselves against the defending champions.

Coach Sean Polwart wants his side to improve its discipline, which nearly cost them a win over Patumahoe last week.

“That is the benchmark but again we have to concentrate on our own game,” Polwart said. “If we give away that many penalties again we wont give ourselves a chance will we?

“So focussing on what we need to fix and then I’m sure Ardmore Marist will present as big a challenge if not bigger again this week.”

Polwart represented Auckland and the Blues during his playing career and is in his debut season as head coach of Pukekohe. He has been impressed by the standard of the local competition.

“It is a tough schedule and that is the great thing about this Counties competition. I used to play in the Auckland comp and you might have five or six tough games but here it seems every week is a tough challenge.

“There are no target games – every game has to be a target.”

The Counties Power Cup will be on the line after Pukekohe lifted it from Patumahoe last week.

Bombay will shoot for four-straight wins to open the season as they face a Waiuku side desperate to rebound from last week’s embarrassment. Patumahoe Troydon Patumahoe Hotel will host Karaka in a local derby that both sides need to win while Onewhero Silver Fern Marquees travels to Manurewa Kidd Contracting searching for their first win of the season.

Weymouth meets Papakura in the only game in Premier 2 that doesn’t follow Premier 1.

In the Under 85kg competition newbies Beachlands travel to Karaka in their first game in the grade. Papakura hosts Pukekohe, Onewhero heads to Weymouth and Waiuku meets Bombay at Rugby Park.