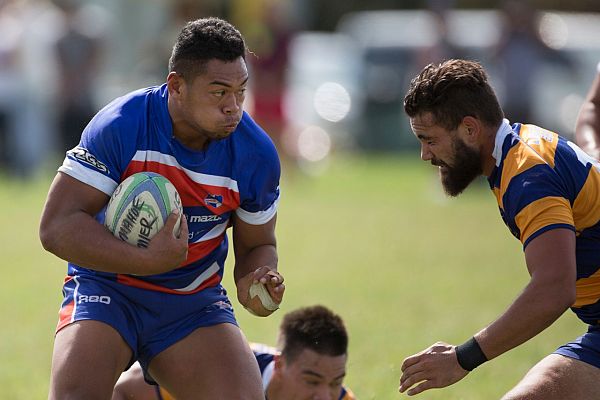 Top spot is up for grabs in the Counties Power Game of the Week on Saturday with Ardmore Marist South Auckland Motors looking to remain top after the completion of the first round when they meet Patumahoe Troydon Patumahoe Hotel at Bruce Pulman Park.

The home side has gone on a phenomenal run since the opening day of the season. They were thoroughly out-played by Manurewa in the first 40 minutes of the season-opener before storming back into the match in the second half to all but overhaul a large halftime deficit.

Ardmore Marist has won every match since and takes a three-point lead at the top of the standings into the midway part of the round robin.

For first-season coach Doug Sanft, that is a massive box ticked already. When he took over the reins he had a number of objectives in mind but getting a winning culture was a top priority.

“As a club we are trying to turn things around, trying to get the atmosphere going and just getting the culture back,” Sanft said.

“We are slowly getting there but [finishing the first round on top] would be big for the club.”

Sanft played some of his footy at Patumahoe and knows they will not be an easy test come Saturday.

“They can play,” Sanft said. “I have watched some clips of them. They play pretty much the same as us. We risk a lot and try and get some rewards out of it.

“They are a good team.

“Every team is hard now, which is good for the competition.”

His opposition coach agrees with just how tough this season’s championship is.

“It is the toughest comp in a long, long time so these wins are really important,” Patumahoe mentor Reon Graham said.

“Ardmore Marist are the benchmark so we will be doing a bit of homework during the week to try and get the boys up for that one.

“We have to shut their big runners down. They’ve got big ball runners all across the park, athletic forwards and strong-running backs. They play a fast high-tempo game so our defense is going to have to be right on.”

Graham’s side got back to winning ways last week after a two-game losing streak which saw them drop games to Karaka and Manurewa having been unbeaten prior to that.

“It was good to sing the song in the sheds – it had been two weeks since we’ve done that.”

Manurewa Kidd Contracting could get in front of Ardmore Marist should the former beat Waiuku Brian James Contracting at Mountfort Park this weekend and if the latter lost to Patumahoe.