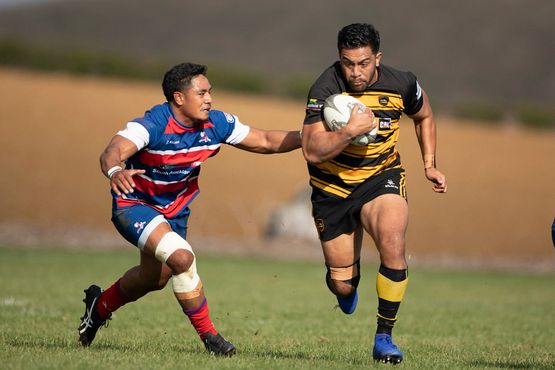 Both teams are guaranteed semi-final spots – Ardmore Marist had also secured a home playoff – but the visitors are also chasing the vital home field advantage.

“We are in a really good position to do that but we still have two very tough games ahead of us and we have to prepare well to achieve that goal,” Bombay coach Jeff Marr said.

Marr is a lot happier knowing his side has already qualified for the semi-finals. They found themselves in a tight battle this time last year and a final round bye proved to be the difference between making the semi-finals and not.

“We are where we want to be – last year we learned some lessons from that,” Marr said. “We got bumped from third to fifth in that last bye week so we have tried to take that uncertainty out of it.

“It doesn’t get any easier. Ardmore Marist are still the team to beat and while we got over them in the first round it doesn’t count for much because personnel changes all the time.

“We need to come up with a game plan and execute it against Ardmore and then keep working towards Patumahoe next week.”

The weekend also sees a crucial game between fourth-placed Patumahoe Troydon Patumahoe Hotel and third-placed Manurewa Kidd Contracting at Patumahoe. The home side needs two wins from their final three round robin games to secure the last semi-final spot with Karaka and Pukekohe Mitre 10 Mega chasing them hard.

Patumahoe hasn’t given up the hope of finishing second and getting a home playoff either – wins over Manurewa, Bombay and Papakura in the next three weeks would go a long way to achieving it.

Manurewa too is chasing a home semi-final and they will take confidence from a convincing first round win over Patumahoe. They’ll have to win on the road this time but are coming off an impressive win over Pukekohe.

Karaka hosts Papakura Ray White in a must-win game for the home side as they look to overcome a seven-point deficit to leapfrog Patumahoe in the final three weeks.

Pukekohe Mitre 10 Mega find themselves in the same position and need to beat Onewhero Silver Fern Marquees at Colin Lawrie Fields to keep their season alive.