Counties Power Game of the Week - Bombay Vs Ardmore Marist 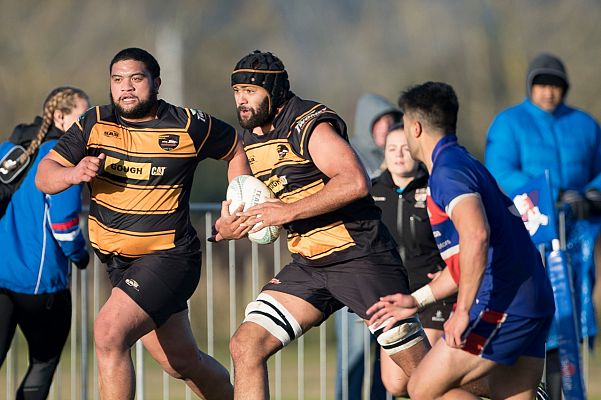 The visitors have been the stand-out team in the competition so far but they will face arguably their biggest challenge when they take on a team that has been able to lift themselves for big games consistently over the past four years.

Bombay will be desperate to win as well – stuck in a logjam battle with teams sitting two-five on the ladder and with a final round bye to come, they need to bank as many points as possible to ensure they make the semifinals and give themselves a shot at a fifth-straight title.

“Because our bye is in the last game of the season it sometimes gives you an inflated place on the table.

“The boys have belief and are stepping up that level of defense that we brought the other day and that will be key.”

Ardmore Marist coach Doug Sanft has been pleased with the way his side has played, particularly in recent weeks.

They enjoyed a huge win over Pukekohe Mitre 10 Mega last week but as soon as the final whistle blew Sanft said the attention switched to the test against Bombay.

“We said straight after the game what Bombay offers and how they play at home on their fields,” Sanft explained.

“It is going to be a physical battle and we are going to have to come up with a game plan to get that sorted.”

While his side has passed every test with flying colours this season Sanft has identified one small area where he thinks his side needs to be more accurate against the top sides.

“We sometimes get into attacking mode when we should be playing the territory game,” he said. “Sometimes I just leave it to the players to figure that out.

“There were some times that happened on Saturday and it didn’t work out and we had to change back.”

Karaka meets Waiuku Brian James Contracting in a must win game for the home side at Karaka Sports Complex. Karaka sit in fifth place and have a tough run home so they need to get maximum points from a game against a team below them on the ladder.