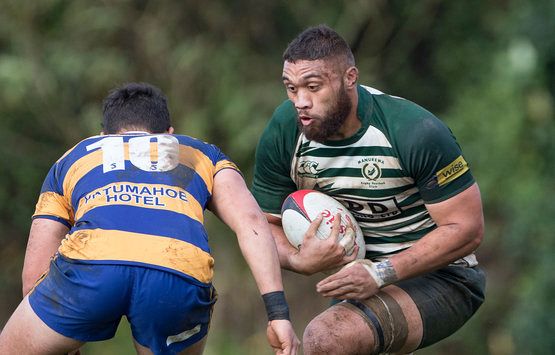 Manurewa Kidd Contracting and Patumahoe Troydon Patumahoe Hotel meet in a crucial Counties Power Game of the Week encounter on Saturday that could well define a home semifinal.

The two clubs are currently holding joint possession of second place on the McNamara Cup standings with three rounds remaining.

The winning side would confirm a spot in the semifinals and take a big step towards securing the all-important home semifinal in the process.

“Pretty much everything has to go well if we are to beat Patumahoe,” Clark said. “They are a good side and they are in form at the moment with some of their recent results.

“Our engine must fire up. Patty has a good forward pack and we need to meet that challenge. Our forwards need to try and lay the platform and if we can do that hopefully our backs are able to take advantage of that.”

Manurewa faces Patumahoe this week before games against Karaka and Waiuku Brian James contracting to finish.

Clark’s side would be favoured to win both contests but knows they will get a serious test in the process – something he thinks his side needs heading into knock-out games.

“The next few weeks are going to be hard, which is good leading into the semifinals,” he said.

“Hopefully we stay pretty healthy and don’t pick up too many injuries.”

Patumahoe have a slightly more challenging run home – they travel to Manurewa this Saturday before a home game against Waiuku and a final round contest against top-of-the-table Ardmore Marist South Auckland Motors.

But coach Reon Graham said booking semifinal spots or trying to secure a home semi isn’t something they are thinking about at present.

“We have a real tough one against Manurewa this week and we owe them one after they beat us at our home ground earlier in the season,” Graham said.

“That will be our sole focus this week – trying to beat them – what comes after that isn’t in our thinking.”

Graham’s side was forced to dig extremely deep last week as they beat Karaka after 80 minutes had expired. They did a lot of tackling and were forced to call on the last bit of energy reserves they had to get the clutch win.

“We will get heaps of that game,” Graham said. “Karaka really put some pressure on us and we weren’t able to get through as many phases as we wanted to because of that pressure.

“We will have to look at how to adjust those things.”

Karaka travels to Ardmore Marist hoping to keep their semifinal aspirations alive. It will be a big test for Scott Penney’s side but they have hit some form in recent weeks.

Bombay will look to hang on to fourth spot as they face Waiuku at home while Onewhero Silver Fern Marquees travel to Massey Park to meet Papakura Ray White.