Counties Power Game of the Week - Manurewa Vs Bombay 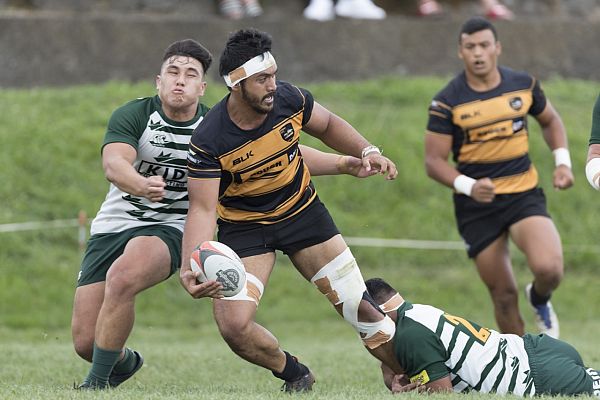 The home side has hardly missed a beat this season, dropping only a couple of games and holding down second spot on the ladder.

Bombay struggled out of the gate early before steadying the ship midway through the first round. That saw them put together a five-game winning streak that came to an end last week at the hands of Patumahoe Troydon Patumahoe Hotel.

“We just have to stick to our systems and have trust in each other,” forwards coach Alan McLean said.

“I am comfortable we can get the ship going in the right direction. We had a little hiccup but that is just a small thing – it was a close game that could have gone either way.

“There is no panic in the camp. We are quite happy with things.”

Manurewa got the chocolates the last time the sides met earlier in the season and McLean insists his side is highly-motivated to reverse that result on Saturday.

“We just have to play the way we can play,” he said. “Manurewa is a good side – they are up the top of the table for a reason.

“We will have a look and see how they have been playing and try to analyse things a bit to see what can work best for us.”

Manurewa coach Jeremy Clark thinks his side’s win over Bombay in the first round counts for little now. He acknowledges that Bombay has clearly improved and the result this week will have significantly more bearing on the season.

“After we got the job done [against Pukekohe] on Saturday the boys were a bit sore,” Clark explained. “After our team chat in the dressing room at the end of the match we spoke about this week. We put some emphasis on how this is going to be a massive game for us.

“Bombay has found form in the second round and we need to really get it right this week to show that we are right up there and get that belief in ourselves.

“It is going to be a humdinger of a game.”

Waiuku Brian James Contracting plays host to Papakura Ray White in a clash between the two bottom-placed sides but one that should carry huge importance to both improving sides.