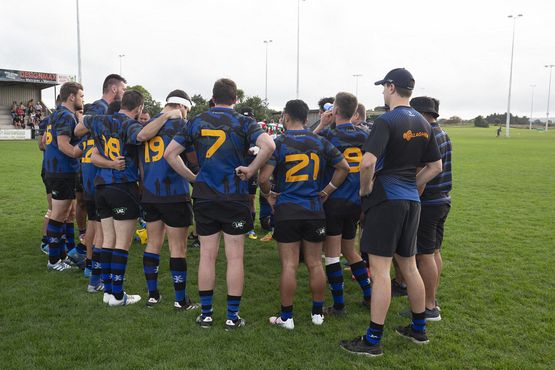 There is a close-fought battle between six teams vying for top four spots as the McNamara Cup heads down the stretch of the regular season but the fight at the bottom is just as fierce.

Papakura Ray White meets Onewhero Silver Fern Marquees at Massey Park on Saturday in a Counties Power Game of the Week that could have a major bearing on who finishes at the bottom of the standings.

With semi-final chances now gone for both sides as well as those for Waiuku Brian James Contracting the bottom three teams are now playing for pride. Waiuku (17 points), Onewhero (15) and Papakura (13) are separated by just four points with bottom-placed Papakura having a game in hand as well.

“A little small goal for us is to get off the bottom this year,” Pakaura co-coach Sione Sione said. “If we look at the last three teams there is not much difference – five points will make a big difference in terms of getting off the bottom of the table. “We are pretty motivated to get over those two games – this one is the one we let go in the last 30 seconds against Onewhero in the first round.”

Sione, a former Steelers prop, is expecting the visitors to take it to them up front and play to their strengths. “Normally it is very forward-oriented with not too much going wide and they don’t tend to kick a lot,” he said of Onewhero. “They will be looking at being quite direct – that is one of their major strengths – their ball carrying.”

A win over Bombay a couple of weeks ago has lifted the spirits within the Papakura side and Sione expects them to be very up for the game against a team in a similar position to them. “If I had had the side that I have now from the beginning I think it would have been a lot different,” he said. “I am thankful that we are starting to get more interest from players coming in – not just for the premier side but right across the club.” Dylan Watters will receive his blazer at the after-match.

Elsewhere Bombay hosts Pukekohe Mitre 10 Mega in a must-win game for the visitors. Having set the pace through much of the first round, injuries and a drop in form has seen them fall back to sixth with five games remaining.

Fifth-place Karaka travels to Ardmore Marist South Auckland Motors in a vital game as well. They need a win to keep pace with the top four.

Third-placed Manurewa is at home to Waiuku in the final match of the round.